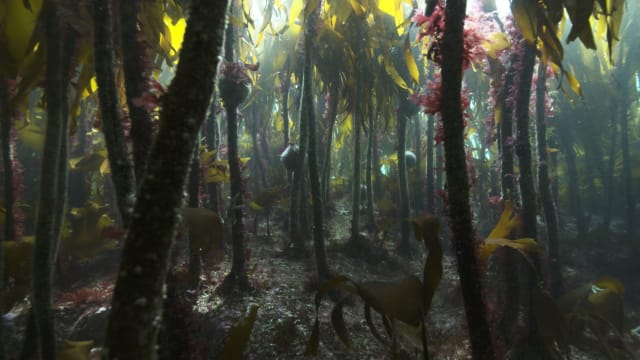 Petitioners against wild kelp dredging are “delighted” after a Holyrood committee voted to ban the practice.

More than 14,000 people signed the petition, started by Ullapool oyster farmer Ailsa McLellan after the first application in Scotland for industrial scale dredging for the seaweed.

The proposal, by Ayr-based firm Marine Biopolymers, involved a reported 30,000 tonnes of the seaweed gathered each year off the west coast by specially adapted boats.

Campaigners and fishermen warned this dredging could be damage kelp beds as well as fish and shellfish stocks.

Three committee members voted in favour of the amendment and there were six abstentions.

This means harvesting would be allowed only where the plant can recover and rules out dredging.

Ms McLellan said: “We were delighted to see that this amendment passed today, which is an enormous landmark for a campaign that began so recently.

“It was only over the summer that we realised our communities, our environment and our businesses were under threat. Those MSPs who backed the campaign today have our most sincere thanks for all their hard work.”

She also thanked those who signed the petition.

Charles Millar, Scottish Inshore Fisheries Trust executive director and founder of Help the Kelp, said the vote will require all harvesting of kelp in Scottish waters to follow the rule hand-harvesters obey – that the plant must be allow to regrow.

“This wording would not ban mechanical harvesting of farmed kelp, nor would it obstruct any of the businesses currently using seaweed for everything from the drinks industry to makeup to food for racing camels.

“We know the Scottish Government may seek to remove these provisions when the Bill goes into its final stage, but I would urge Ministers to listen to the overwhelming voice of business and public opposition, and to accept that Scotland’s growing seaweed industry is itself best served by following this simple rule when licences are to be issued.”

Mr Ruskell said: “This amendment is an important step forward in protecting our unique and fragile seaweed off the west coast of Scotland.

“We want to give communities the assurances they need while fully supporting existing, sustainable seaweed harvesting arrangements.”