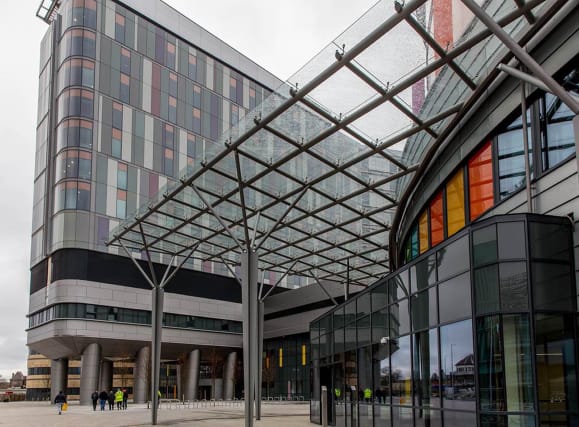 Child cancer patients have been moved to a different hospital after a repeated outbreak of bacteria being found in blood.

Between January and June the Royal Hospital for Children in Glasgow had issues with its water supply in wards 2A and 2B, which saw a number of cases of bacteraemia.

Technical experts ordered that metal parts inside taps should be replaced with plastic ones, filters attached to the taps and the drains washed with a chlorine-based detergent.

The area was cleaned and there had been no instances of bacteraemia for several weeks.

But six new cases have been identified and an investigation was launched by NHS Greater Glasgow and Clyde.

It said the problem was a build-up of biofilm in the drains – the same found in domestic sinks.

This happened seven weeks after they were cleaned with hydrogen peroxide vapour.

The wards treat children with cancer who have very low immunity to infections.

A total of 22 patients have been moved to Queen Elizabeth University Hospital while experts put cameras down the drains and investigate.

A spokeswoman for the health board said all the children have recovered and been discharged or are continuing with their normal treatment.

She added: “No other services at the Royal Hospital for Children are affected.”