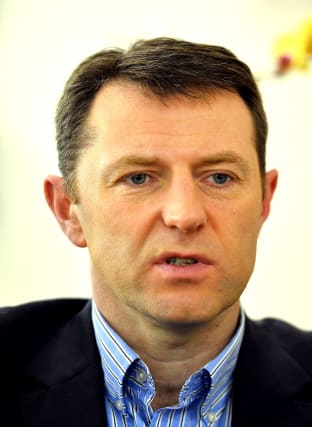 The father of Madeleine McCann is due to speak about his battle with depression in an interview with BBC Radio 4.

Gerry McCann granted the interview in order to raise awareness of mental health issues and help “men in similar positions”.

The programme is set to feature “Pearl”, by Simon Armitage, a modern translation of a medieval poem about a father’s grief after losing his daughter, which will be intercut with the interview.

Gerry and his wife Kate McCann vowed never to stop looking for their missing daughter, who vanished aged three while the family were on holiday in Portugal.

Mr McCann said: “As a family we’d worked with Simon Armitage before, and know what a sensitive, thoughtful writer he is.

“When I read the Pearl poem, I could see echoes in it with Madeleine’s situation and our loss.

“I decided it was a good opportunity to say something about the special bond between fathers and daughters, thinking that speaking openly might help other men in similar positions. It feels like the right time.”

Simon Armitage said: “Pearl is one of the most moving poems in the language, written by a man grieving over the loss of his young daughter.

“While translating it into modern English I kept thinking of the McCann family and their daughter Madeleine.

“I’d written a poem for the family to mark the one thousandth day of her disappearance, spending some time with Kate and talking to her about life without Madeleine and the campaign to find her.”

He added: “Gerry’s voice hasn’t been heard as much, and after reading the poem he agreed to give an extended interview, to tell his side of the story in terms of how men deal with loss and grief in a world where they’re usually expected to stay strong and silent.

“I knew that religion plays an important part in the McCanns’ family life, as it does for the author of Pearl, who seeks consolation through his faith.”