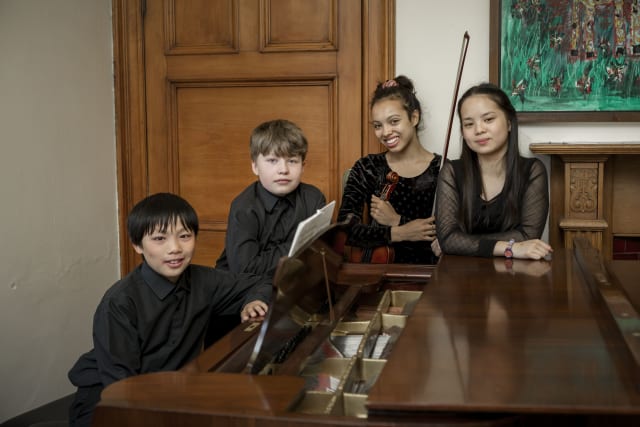 A campaign is calling for support to turn a neoclassical building in Edinburgh into a music school.

The Note is battling an appeal by developers to turn the Old Royal High on Calton Hill into a hotel.

Revised proposals to develop the property into a hotel were rejected by city councillors in August last year, while the trust’s plans had previously been unanimously accepted.

Duddingston House Properties and Urbanist Hotels, co-investors and developers behind the revised Rosewood Hotel scheme, lodged an appeal with the Scottish Government which has stalled progress with the building.

“We have been greatly heartened by the size and strength of the wonderful support we have already received from so many people in Edinburgh, as well as prominent figures in the arts and music community – Nicola Benedetti, Sir James MacMillan, Alexander Armstrong and Steven Osborne, to name just a few.

“Moving to the Old Royal High School would give the school increased capacity, allowing us to offer a specialist music education to more young people of outstanding music ability.”

The appeal process is due to begin on Tuesday.

Built by Thomas Hamilton in 1829 and owned by the local authority, the building has been largely unused since the school moved out in 1968.