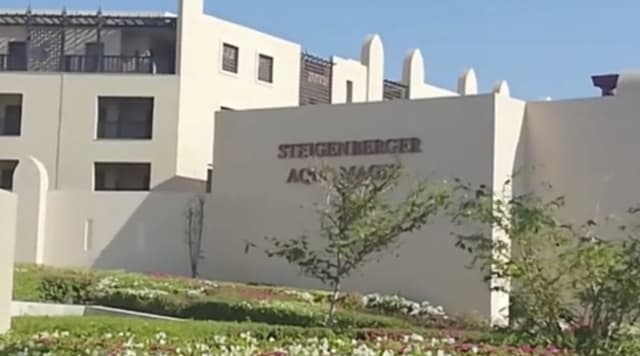 Post mortems carried out in the UK on the British couple who died on a Thomas Cook holiday in Egypt have not been able to find out the cause of death, lawyers said.

John and Susan Cooper, from Burnley, Lancashire, died on August 21 while staying at the Steigenberger Aqua Magic Hotel in the Red Sea resort of Hurghada.

Forensic examinations carried out by the authorities in Egypt reported the cause of deaths as being linked to E.coli bacteria, however this was dismissed by the couple’s daughter Kelly Ormerod last week.

Solicitors acting for the family said on Monday further Home Office post mortems had proven “inconclusive” but further tests will be carried out.

The statement from Smith Jones solicitors said: “By way of update, we can confirm that a Home Office post mortem has now been carried out on John and Susan Cooper.

“Unfortunately, notwithstanding the ‘positive’, though contradictory, assertions of the Egyptian authorities, the results of that post mortem were inconclusive, and the pathologist was unable to ascertain the likely cause of death in either case.

“It is understood that further toxicological screening and other relevant tests will now be carried out as a matter of urgency to aid that process.

“An inquest is to be opened on the 18th September and the family are certain that the Coroner will undertake a rigorous investigation of all the circumstances surrounding the deaths to enable answers to be provided.

“Kelly and her family remain committed to establishing the true cause of John and Susan’s deaths and holding those responsible to account.

“They look forward to assisting the Coroner in whatever way they can with what they acknowledge will be a difficult and complex task.”

Ms Ormerod, 40, has said she has “no faith” in the Egyptian authorities, who said their examinations showed Mr Cooper, 69, suffered acute intestinal dysentery caused by E.coli, and Mrs Cooper, a 63-year-old Thomas Cook employee, suffered a complication linked to infection, likely to have been caused by E.coli.

He said the bodies of the couple showed “no criminal violence” and other tests of air and water at the hotel found nothing unusual.

Thomas Cook’s own tests identified a high level of E.coli at the hotel, which would “explain the raised level of illness reported among guests”.

But the firm said the independent specialists it commissioned to carry out the tests, and Dr Vanya Gant from University College London Hospitals NHS Foundation Trust, did not believe the results “shed any light” on the cause of the Coopers’ deaths.

Thomas Cook moved 300 guests out of the hotel 24 hours after the couple died as a precaution.

Inquests into the deaths of the couple are expected to be opened and adjourned at Preston Coroner’s Court on Tuesday.