What the papers say – September 16 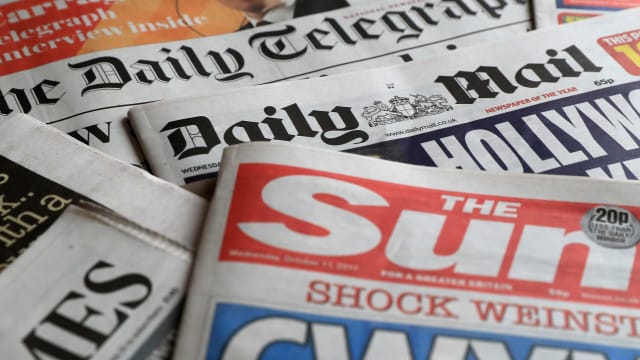 A variety of stories make the front pages on Sunday – from calls for a second Brexit referendum to an interview with the leader of the Scottish Conservative Party.

The Observer leads on the mayor of London Sadiq Khan issuing a call for another public vote on EU membership, saying people should be given the chance to reject a deal that would be bad for the economy.

Mr Khan’s intervention will put more pressure on Labour leader Jeremy Corbyn to back another referendum at the party’s conference next weekend, the paper adds.

Ruth Davidson features on the front of the Sunday Times, with the Scottish Tory leader saying she never wants to be prime minister.

Revealing that her teenage years were plagued by self-harm and bouts of depression, she tells the paper that she values her mental health too highly to ever run for the role.

Meanwhile, the Independent says a survey found that a majority would now vote for a new centre-ground political movement amid dismay at the main parties.

The Sunday Telegraph reports that the Russian secret services are “in crisis” over the fallout from the Salisbury poisonings.

And the Mail on Sunday carries an interview with a prison chaplain, who says Islamic militants hijacked his Bible classes at Brixton Prison and physically assaulted and abused him because of his Christian faith.

Elsewhere, the Sunday Express reports that the brother of the Manchester Arena terrorist is being offered for sale to the highest bidder by Libyan warlords.

And the Daily Star on Sunday says prisoner Charles Bronson has been branded a “chubby cry baby” in real life.