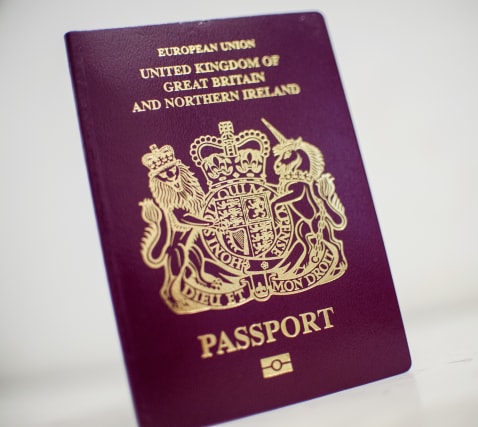 UK citizens could be blocked from entering EU countries despite having a valid passport in the event of a no-deal Brexit.

Currently, there is no requirement for Britons travelling to the bloc to have a minimum or maximum amount of time left on their passports before they expire.

But this could change if the UK departs on March 29 next year without a deal, according to a Government paper.

Most EU countries are signed up to the Schengen Agreement, which allows passport-free travel.

Although the UK is not a member, British citizens are currently able to enter the Schengen area if they have a valid passport, and there is no requirement to have a certain amount of time left before expiry, the Home Office guidance says.

However, if there is no deal, then British passport holders will be considered “third country” nationals, and will therefore have to comply with different rules.

Because non-Schengen nationals can remain in the area for 90 days, passport checks may actually require at least six months’ validity on the date of arrival.

The Government’s technical notice says: “If you plan to travel to the Schengen area after 29 March 2019, to avoid any possibility of your adult British passport not complying with the Schengen Border Code we suggest that you check the issue date and make sure your passport is no older than 9 years and 6 months on the day of travel.

“If your passport does not meet these criteria, you may be denied entry to any of the Schengen area countries, and you should renew your passport before you travel.”

In a further complication, since 2001 some adult British passports have been issued with more than 10 years before they run out.

This happened in cases where passports were renewed before expiring, meaning the time left on the old travel document was added to the new one.

In such a scenario, the passport holder would not be able to use the expiry date to check if it would be valid under the new rules.

From the beginning of this month, extra validity is no longer being added to passports, with maximums now set at 10 years for adult documents and five for child passports.