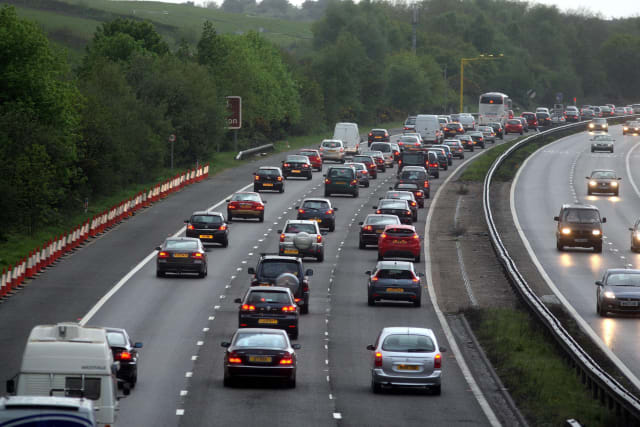 Two-car families face an almost £200 increase in the cost of motoring if fuel duty is raised to fund a boost in health spending, according to new figures.

The Chancellor could be primed to rise fuel duty by eight pence per litre should he wish to fund the Government’s pledge of giving the NHS an extra £20 billion a year by 2023, AA analysis shows.

Philip Hammond indicated this week that he may scrap the eight-year freeze on fuel duty, telling MPs that they must consider “the other side of the coin”.

Fuel duty has been kept at a rate of 58p per litre since 2011. Mr Hammond said this has saved the average car driver £850 compared with the pre-2010 escalator.

An increase in fuel duty to match the rise in health funding would mean an additional £192 per year for households running two cars, the AA found.

A recent poll of motorists suggested that only 1% believe increasing fuel duty is the best way to pay for additional health spending.

AA president Edmund King said: “Drivers support more funding for the NHS but feel the funding should come from luxuries such as tobacco and alcohol rather than from essentials like fuel.

“Many young drivers and low income families would find their budgets crippled should the Chancellor set his eyes upon fuel duty to fund the additional NHS spend.

“What he may consider to be a shrewd move, would actually be careless and dangerous as it could throw the whole economy off its already precarious track.

“Should Mr Hammond follow his plans through, he will not only hurt low income families, he will also hurt businesses too.

“With next to no public support, the Chancellor has plenty of time to rethink his plans before announcing the Budget in the coming months.”

Fuel prices have risen for 10 consecutive weeks, with the average cost of a litre of petrol standing at more than £1.30 at UK forecourts, with diesel exceeding £1.34.

Fuel has not been more expensive than current levels since July 2014.

Since April, the cost of filling up a typical 55-litre family car that runs on petrol or diesel has risen by around £6.