Immediate halt on use of mesh implants in NHS Scotland 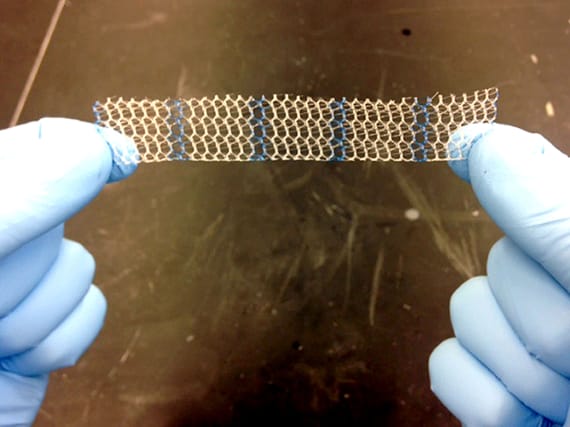 The use of mesh implants has been immediately halted in NHS Scotland for certain conditions, the health secretary has announced.

In a statement at Holyrood, Jeane Freeman said an effective ban would be in place until the introduction of a new “restricted use protocol”.

This would ensure the procedure would not be used except in the most exceptional circumstances, where there was no clinical alternative and it was the express wish of the woman concerned after receiving full information.

Ms Freeman updated MSPs the week after it emerged the death of 75-year-old Eileen Baxter in August was linked to a mesh implant.

She said: “I have today asked the chief medical officer to instruct health boards to immediately halt the use of transvaginal mesh altogether in cases of both pelvic organ prolapse and stress urinary incontinence pending the implementation of a new restricted use protocol that will ensure procedures are carried out only in the most exceptional circumstances and subject to a robust process of approval and fully informed consent.

“The instruction to halt is I believe a proportionate measure whilst a rigorous high vigilance restricted use protocol for any future practice is developed and put in place.

“The lifting of this halt in use can only be considered once there is confidence that there’s sufficient evidence that the protocol will only be triggered in only the most limited of circumstances.”

Ms Freeman said the halt would not affect other uses of mesh for example for hernia repair, an area that would be kept under review.

Women currently waiting for a mesh procedure under the 12-week treatment time guarantee would also be allowed to proceed provided it is their express wish to do so.

The issue first came to prominence with the lodging of a petition at Holyrood by those who have suffered painful and debilitating complications from mesh, including campaigners Elaine Holmes and Olive McIlroy.

Responding to the statement, Tory MSP Jackson Carlaw said: “It does seem to many I hope as a decisive step on a pathway to a different approach to the whole question of mesh and I hope that Elaine Holmes, Olive McIlroy and all the women who will I hope be watching can at least give one unqualified cheer for the progress that it represents.”

He said there was still an opportunity for the government and parliament to apologise to women whose lives have been damaged by mesh.

Labour’s Neil Findlay also “warmly welcomed” the announcement but criticised the time it had taken to come about.

He said: “This is something I and the Scottish Mesh Survivors have been calling for for the last six years and had the Scottish Government acted at the time then thousands of women would have been spared the enduring anxiety and misery of lost mobility, constant pain and ruined lives… and as we know of last week, even death.”

Holyrood’s Public Petitions Committee had already called for the use of mesh implants to stop, citing “serious concerns” over an independent review into their use.

That review concluded the procedure must not be offered “routinely” to women with pelvic organ prolapse.

Health boards were requested to stop the procedure when the review was announced in 2014 and it remained under suspension in NHS Scotland except in exceptional circumstances.

Professor Alison Britton has been commissioned to conduct a review of the review, which is due to report later this year.