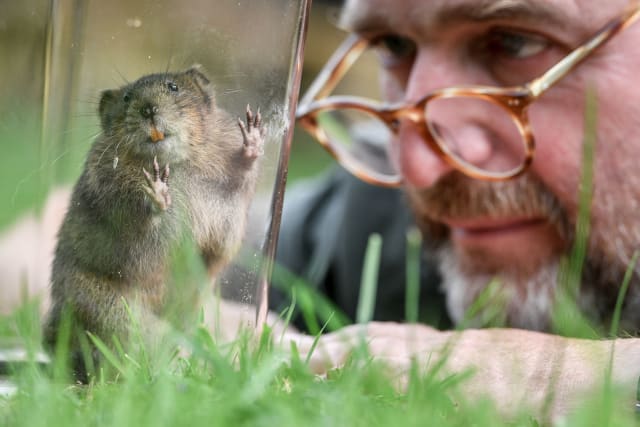 Endangered water voles are being brought back to a stretch of river where they have not been seen for more than 30 years, the National Trust said.

Some 150 of the mammals, immortalised as the character Ratty in Wind In The Willows, are being released on the River Aller in the National Trust’s Holnicote Estate on Exmoor in Somerset, where they were last seen in the 1980s.

Their return to the estate is part of the charity’s £10 million Riverlands project to restore five rivers across England and Wales, and it is hoped the voles will boost the wildlife of the waterways running through the Exmoor property.

Water voles have seen numbers plummet across the country in the past few decades in the face of loss of suitable habitat and because they are preyed on by invasive American mink which escaped or were set free from fur farms.

They are thought to have vanished from Holnicote because of the mink, which then died out themselves because they had eaten all the available prey of water voles.

Surveying of the streams in the estate in the past few months has revealed no presence of mink, the National Trust said.

The 150 water voles have been bred from British animals and are being released in groups of siblings and in breeding pairs at six sites on the river, from where they will be able to spread along the streams of the catchment.

A further 150 will be released in the spring.

Alex Raeder, National Trust South West conservation manager, said: “I remember being enchanted by these creatures as a child, and hugely welcome their return.

“They were once a vital part of the Holnicote ecosystem, and could be again.

“This ambitious project not only brings back to its rightful home a much-loved small animal, which sadly became extinct due to human activity, but also adds to the whole wealth of wildlife and enjoyment of this wild and stunning estate.

“In true Wind In The Willows-style, these voles should soon be busy burrowing into the muddy banks and creating more natural-looking edges to streams with shady pools that are great for so many other small creatures.”

Rangers, “vole-unteers”, students and the public will help to monitor the new arrivals, which join wildlife such as otters, kingfishers, dippers and grey wagtails along the river.

They will look out for and record tell-tale signs of the water voles, including the “plopping” sound of them jumping into water, droppings, burrows and grass blades nibbled off at a 45-degree angle.

The reintroduction is part of a scheme on the Holnicote estate by the National Trust and tenant farmers to improve agriculture for the benefit of wildlife and to use natural methods in the Porlock Vale catchment to reduce flooding.

It is the trust’s first reintroduction of water voles in the South West, but follows a similar scheme by the charity to release hundreds of the mammals at Malham Tarn in the Yorkshire Dales over the past few years.