7,000 cyclists in Glasgow to Edinburgh challenge 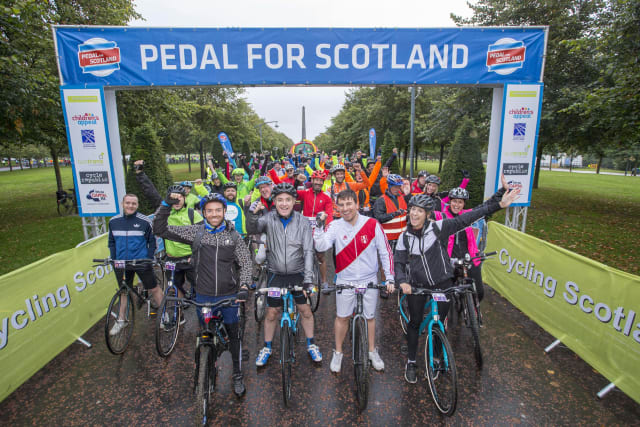 Organisers Cycling Scotland said participants came from as far as Germany and the US for the Pedal for Scotland event, now in its 20th year.

The 45-mile Classic Challenge and the Big Belter (100 miles) started at Glasgow Green, with cyclists pedalling to Edinburgh on closed roads and finishing at the Royal Highland Centre.

Cycling Scotland said the event had attracted another fantastic turnout and thanked everyone who had taken part and those who helped stage the challenge.

Chief executive Keith Irving said: “We want to ensure anyone, anywhere can enjoy all the benefits cycling has to offer.

“We hope Pedal for Scotland has again inspired people to make cycling part of their routine and look forward to another successful event next year.”