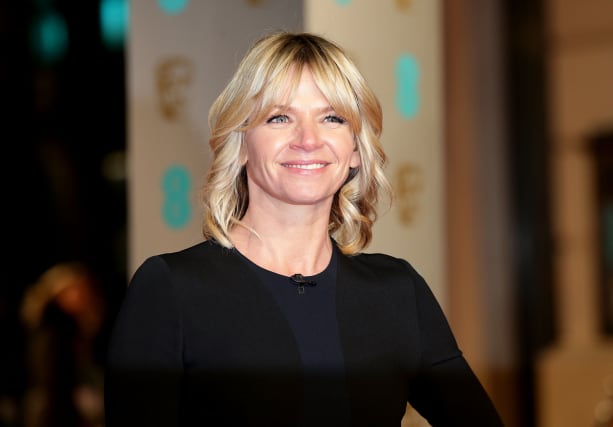 Zoe Ball has been named favourite to step into Chris Evans’ shoes as the new host of the Radio 2 breakfast show.

Other names who could be in the frame include Sara Cox, Simon Mayo and Dermot O’Leary.

Radio 2, which has come under criticism for its male-heavy daytime line-up, has plenty of time to make a choice with the broadcaster continuing his run until December.

Here is a look at the early contenders:

She was at the forefront of the “ladette culture” that swept through broadcasting because of her hard-drinking party lifestyle.

Her TV jobs include host of the BBC spin-off show Strictly Come Dancing: It Takes Two.

She recently made a programme for Sport Relief following the loss of her partner, Billy Yates, who was found dead at his home at the age of 40.

She cycled more than 350 miles over five days, from Blackpool to Brighton, raising more than £500,000 as part of the programme.

Ball hosts a live, Saturday afternoon show on Radio 2 and has stepped in for Evans on the breakfast show.

Ball is favourite to replace Evans, according to bookmaker William Hill.

She currently hosts a show on BBC Radio 2 and is also known for TV programmes like The Great Pottery Throw Down and Love In The Countryside.

A familiar voice on Radio 2, Whiley currently co-hosts the drivetime show on the station.

She presented the long-running Jo Whiley Show on Radio 1 and bookmakers believe she could take a lead role in morning broadcasting.

Some listeners said they were unhappy with the changes to the drivetime show.

Thousands of fans signed a petition asking the BBC to bring back the old programme, which Mayo hosted alone.

Bookmakers believe a female presenter is the likely replacement for Evans.

But, with the latest series of The X Factor kicking off with just under six million viewers, the weekday breakfast show role could be attractive.