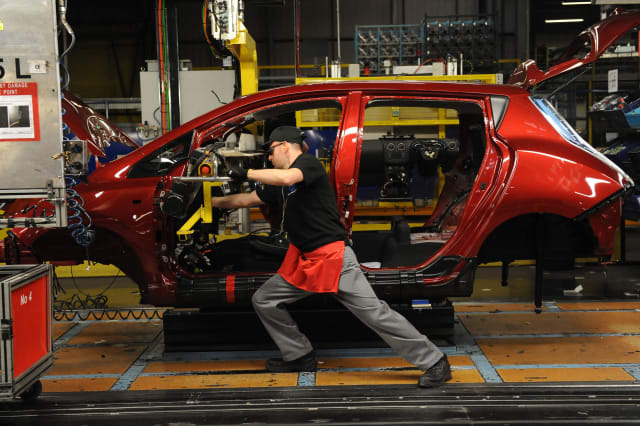 Output from Britain’s manufacturing sector fell to its lowest level in more than two years in August following a collapse in overseas demand.

The Markit/CIPS UK Manufacturing purchasing managers’ index (PMI) showed a reading of 52.8 last month, down 53.8 in July and well below economist expectations of 54.

The figure represents a 25-month low and comes alongside job creation slowing to “near-stagnation” in the sector, and business optimism crashing to a 22-month low.

Rob Dobson, director at IHS Markit, which compiles the survey, said: “The performance of the UK manufacturing sector looked increasingly lacklustre in August.

“The headline PMI fell to its lowest level for over two years, as growth of output and new orders slowed and the pace of job creation slumped to near stagnation.”

The main cause behind the fall was foreign demand decreasing for the first time since April 2016, despite the continued weakness of the pound, which had been helping prop up the sector.

Some firms linked lower inflows of new work from abroad to the recent weaker pace of expansion of the world economy.

There was also softer domestic demand dragging on the sector.

Duncan Brock, group director at the Chartered Institute of Procurement & Supply, said: “With a subdued global economy threatened by escalating trade wars and Brexit uncertainty making its mark, it’s unclear where future opportunities to sustain the health of the sector will come from.”

Just 47% of firms still expect output to be higher in one year’s time, according to the survey

Mr Dobson added: “Based on its historical relationship with official ONS data, the latest PMI report is broadly consistent with zero growth in manufacturing production, meaning the sector will likely fail to provide any support to the wider UK economy in the third quarter.”