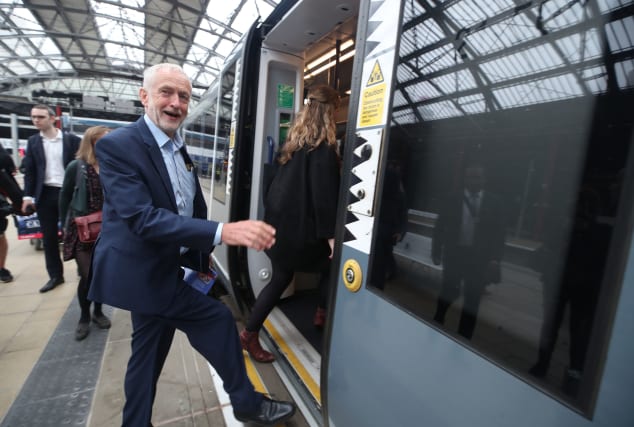 Frank Field did not have to resign the Labour whip over the anti-Semitism row that has engulfed the party, Jeremy Corbyn has said.

The Labour leader said he was "sorry" the veteran Birkenhead MP had decided to quit and condemned bullying, but insisted that there had to be "democratic debate within the party".

It came after Mr Field announced he would sit as an independent on Thursday after 40 years representing Labour in the Wirral seat.

He said that under Mr Corbyn the party was seeing an "erosion of our core values" and cited
"a culture of intolerance, nastiness and intimidation" among local members.

Speaking in nearby Liverpool on Monday as he prepared to travel across the north of England campaigning on transport issues, Mr Corbyn said: "I'm sorry he's resigned and I thank him for all the work that he's done as an MP and for the party, but I don't see why he had to resign."

Asked about Mr Field's claims of bullying in the party, the Labour leader said he did not know what the claims were, adding: "I invite all MPs to take part in the discussion and the debate.

"Obviously bullying and intimidation have no place whatsoever in any political party, particularly the Labour Party, but there has to be democratic debate within the party."

Mr Field is facing calls to stand in a by-election after resigning the whip, and is taking legal advice after party sources said it meant he had "automatically opted to resign from the Labour Party", which he disputes.

The one-time minister for welfare reform, who was charged by Tony Blair to reform the welfare state by "thinking the unthinkable", told the Press Association on Friday: "It's been a pretty big and tiring step that I've taken, I don't regret it, I think it is important."

Labour's crisis over accusations of anti-Semitism is reaching a showdown moment as senior figures demand the leadership take firm action to prove the party is not hostile to the Jewish community.

Ahead of a crunch meeting of the ruling National Executive Committee on Tuesday, leading MPs have insisted the party must finally adopt the definition of anti-Semitism set out by the International Holocaust Remembrance Alliance (IHRA) in full.