Nigella Lawson has ‘best chips’ during visit to Glasgow 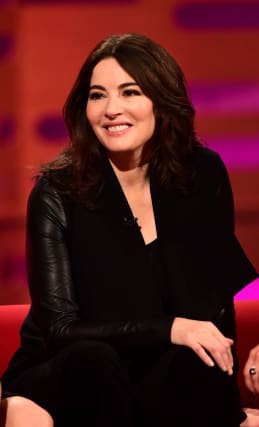 TV cook Nigella Lawson has tucked into chips from a Glasgow fast food joint and declared them to be the “perfect end” to her day.

Lawson was in Glasgow to attend the wedding of award-winning Scottish writer Andrew O’Hagan – with other guests at the ceremony reported to include Bodyguard star Richard Madden and actress Gillian Anderson.

The celebrity cook – the daughter of former Conservative chancellor Nigel Lawson – tweeted a picture of a miniature bottle of Buckfast tonic wine, with the caption “wedding breakfast Glasgow”.

She later posted a picture of the Blue Lagoon fish and chip shop in Glasgow city centre on social media.

She thanked her sister Horatio Lawson for “the photograph (and the chips)”.