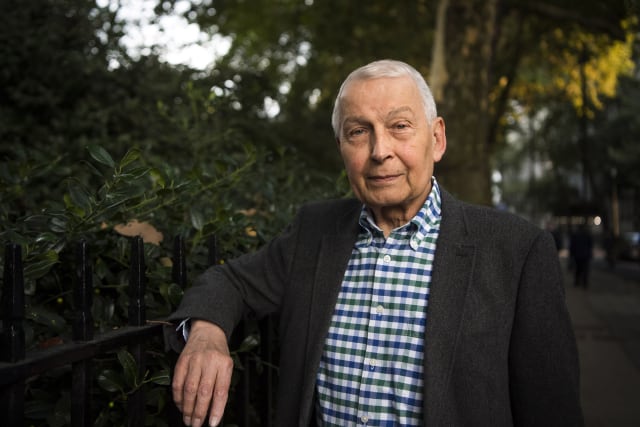 Labour veteran Frank Field has been told to withdraw his resignation or face expulsion from the party.

Mr Field, who has served as the MP for Birkenhead for almost 40 years, was told by party chief whip Nick Brown that unless he reversed his decision to resign the whip he would be kicked out of the party within two weeks.

Mr Field told the Guardian that he was contemplating hiring a solicitor to fight any attempt to remove him from the party.

The one-time minister for welfare reform, who was charged by Tony Blair to reform the welfare state by “thinking the unthinkable”, sensationally resigned saying that the party was now governed by “a culture of intolerance, nastiness and intimidation”.

Speaking to the Guardian he said: “The chief whip said that I cannot remain after two weeks of resigning the Labour whip a member of the Labour party.

“I said I would dispute that and appeal that.

“He said ‘I would like you to withdraw your letter’. I said I would think about it because it is crazy to spend an hour with the chief whip and not think about what he said, but I didn’t express any enthusiasm for that.”

Mr Field said the meeting was cordial but he was left in little doubt that the party did not want him to stay a member if he did not take the whip.

He said: “I said that I wish to remain a member of the Labour party. I had an hour with him and a good chat.

“I absolutely want to remain a member of the party.

“There are members of the House of Lords who don’t take the Labour whip.

“I will argue on that basis that I have a right to remain a member of the party.

“They continue to pay their Labour membership fees.”

He added: “I will be looking for a solicitor, whoever that might be.”

The longstanding Labour man earlier told BBC Breakfast that he was considering whether to trigger a by-election if he could not remain in the party.

But he stressed his resignation of the whip over the anti-Semitism crisis was not part of a plot to bring down the Labour leader.

“I hope and I believe Jeremy will lead us into the next election and it is not true I’m a constant critic of Jeremy,” said Mr Field.

“I believe he has the right to take us into the next election because he has won two leadership contests.

“The idea this is part of a plot or anything else is simply crazy. It is because I think he will lead us into the next election that I think these issues are urgent.”

However, Mr Field added that he felt Mr Corbyn’s thanks for his service was “as though I was resigning from a whist club” and pointed out that he had been a member of Labour longer than his leader.

The Birkenhead MP also denied claims that he was jumping before he was pushed, having lost a no-confidence vote within his constituency Labour party after backing Brexit.

He said: “I have been through all this before when I have been deselected and I am still the Labour party candidate.

“I wish to be the Labour party candidate at the next election and, if I am not, I shall stand as an independent Labour candidate.

“The people who decide this are not a small caucus of 30-odd people but the 70,000 electors of Birkenhead.”

Responding to claims by Labour MP Chris Williamson that he had made “grotesque slurs with no basis in reality” about bullying within his constituency Labour Party that had been “previously resolved”, Mr Field was scathing.

“If they have investigated it and concluded it is all fictitious they have never told me,” he said.

“I have been writing and copying in the chief whip saying this is still going on, this is new material for you.

“It is just untrue for an unknown Labour party spokesman to say that.”