Why has Frank Field resigned the Labour whip? 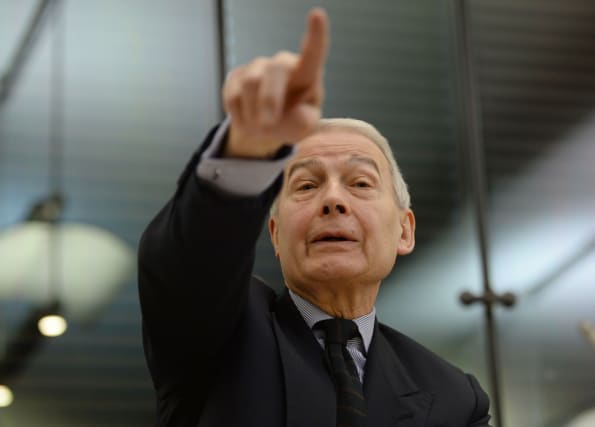 – Why has Frank Field resigned the Labour Party whip?

Veteran Labour MP Frank Field gave two reasons for his resignation: the party’s handling of antisemitism and a so-called “culture of nastiness”.

The MP for Birkenhead described Labour as a “force for antisemitism” in his resignation letter.

He wrote: “The leadership is doing nothing substantive to address this erosion of our core values. It saddens me to say that we are increasingly seen as a racist party. This issue alone compels me to resign the whip.”

– Is he the first MP to leave over this issue?

Barrow and Furness MP John Woodcock quit the party in July with a scathing attack on Jeremy Corbyn’s leadership. He clashed with Mr Corbyn over his stance on nuclear weapons and antisemitism, but cited a number of issues in his resignation letter.

Reports have suggested Labour MP Mike Gapes (Ilford South) is ready to quit over antisemitism, and Jewish Labour MP Luciana Berger has said comments made by the Labour leader left her feeling “unwelcome in my own party”.

– How long has the row been going on?

Claims of antisemitism have dogged Jeremy Corbyn since he became Labour leader in  2015, due to his life-long support for the Palestinian cause, which some say has involved supporting terrorists and antisemites.

An investigation by former Liberty director Shami Chakrabarti was criticised for being too soft in its conclusion that the party had “an occasionally toxic atmosphere”.

Now the issue has flared up again due to the Labour leadership’s refusal to accept the globally recognised International Holocaust Remembrance Alliance (IHRA) guidelines on antisemitism in full.

– What has Labour said about the antisemitism claims?

Mr Corbyn told the Press Association: “No antisemitic remarks are ever done in my name. I am totally opposed to it in any form whatsoever.

“The increase in antisemitic remarks, attacks and abuse in our society is unacceptable, as it is anywhere across Europe. We will deal with it.”