First ever Beano book sells at auction for £2,700 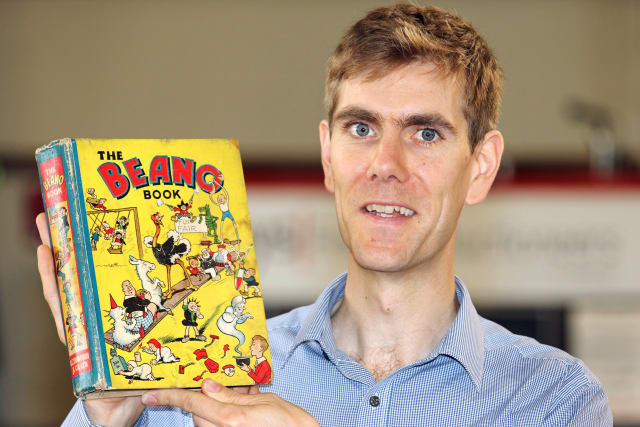 A rare copy of the first Beano Book, which pre-dates much-loved comic character Dennis the Menace, has sold at auction for almost double its pre-sale estimate.

It is the first of 79 Beano annuals published to date and features comic strips, stories and illustrations – but does not include mischief-maker Dennis the Menace, who made his first appearance in 1951.

His pet dog Gnasher was introduced in 1968.

The weekly Beano comic was first published by Dundee-based DC Thomson in July 1938.

Robert Henshilwood, head of books for Keys, described the Beano as the “archetypal kids’ comic”, adding: “It is very rare to see a copy of the first ever Beano annual, especially in such good condition.”