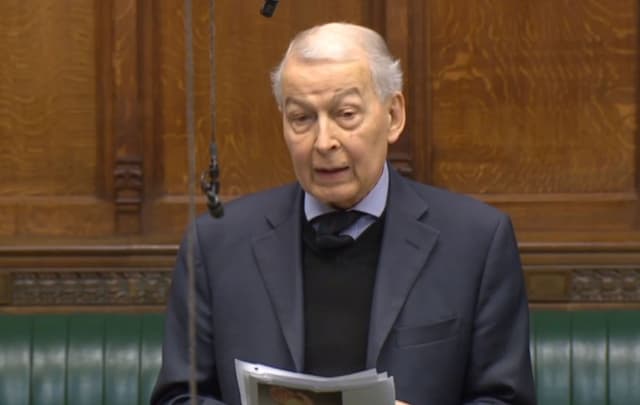 Frank Field’s resignation should serve as a “major wake up call” to the party, Labour deputy leader Tom Watson has said.

Mr Field made the decision to resign the whip citing the ongoing antisemitism row and a “culture of intolerance, nastiness and intimidation” within the party.

Mr Watson said in a statement Mr Field’s departure was a “serious loss”.

He said: “This is a serious loss to the party and I deeply regret Frank’s decision. It reflects both the deep divisions in the party and the sense of drift engulfing us.

“It is a major wake up call. We cannot afford to lose people of such weight and stature.”

Former Lib Dem leader Tim Farron tweeted: “There’s a fair bit I disagree with Frank Field on, but he is independent-minded, decent and honourable.

“He is the antithesis of the on-message, soulless, political robot. Parliament needs more Frank Field.”

He said: “Frank Field’s resignation is a damning indictment of Jeremy Corbyn’s total inability to take action against bullying and antisemitic racism within Labour.

“Despite promising a ‘kinder politics’, time and time again Corbyn has allowed people to get away with doing and saying things which have no place in public life.

“If other Labour MPs don’t follow Frank Field’s example, they are continuing to endorse Jeremy Corbyn’s abject failure to act.”

The Campaign Against Antisemitism charity said Mr Field’s decision to resign was further evidence the Labour Party had become “infested with antisemitism.”

Gideon Falter, chairman of the group, said: “It is very sad that after almost 40 years as a Labour MP, Frank Field felt morally compelled to resign the Labour whip because the party that was fiercely anti-racist when he joined it has now become infested with anti-Semitism.

“The indications are that others may now follow where Frank Field has led.”

Mr Field said his resignation of was a “plea for help, for urgency, for action” on antisemitism and was not a “campaign to undermine Jeremy Corbyn”.

Speaking to BBC Radio 4’s PM programme, Mr Field said: “I’ve spoken to nobody about trying to organise other people following me, it’s just a decision that I’ve come to. This is not a campaign to undermine Jeremy Corbyn.

“Jeremy, I think, will lead us into the next election, hence the urgency of my plea today.”