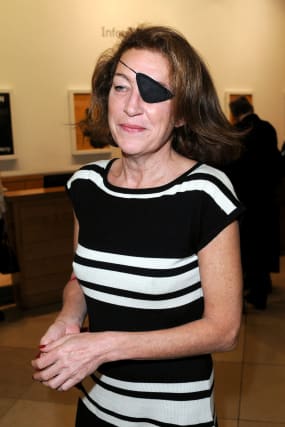 War photographer Paul Conroy has said he hopes a new documentary which captures the death of journalist Marie Colvin injects a sense of shame into the Syrian regime.

The award-winning American reporter was killed in a rocket attack just hours after telling the world that Syrian President Bashar Assad's army was "simply shelling a city of cold, starving civilians".

In February 2012 Ms Colvin travelled to the Baba Amr neighbourhood of Homs with Mr Conroy and Syrian translator Wael al-Omar on an assignment for the Sunday Times.

The 56-year-old was killed alongside French photographer Remi Ochlik when a rocket slammed into the ground by the front door of the makeshift media centre, sending shrapnel and splinters tearing through the building.

In the wake of her death, Ms Colvin's family launched legal action against the Syrian government, charging it with arranging her death. Mr Conroy said documents have shown they were deliberately targeted.

He was speaking ahead of the cinema release of a documentary on September 7 about the fatal artillery attack called Under The Wire, based on his book of the same name.

"I hope if any of the Syrian regime ever get to watch it I would love it to inject a sense of shame into them," the 54-year-old, from Anfield, Liverpool, told the Press Association.

"It would be nice to think that for one moment they felt a sense of guilt or a brief flash of humanity where it hurts."

The attack also blasted a large hole in Mr Conroy's leg and, after 23 operations, he said he has been left with a "massive lump of scar tissue that looks like a shark bite".

It was after leaving hospital that he began to write his book, snatching periods of time from around 3am where he said there was a perfect balance between his pain levels and the amount of morphine coursing through his veins.

Writing every day during those hours, often with coffee and a cigarette in hand, Mr Conroy who described the process as "very cathartic", said he only stopped for a week once he got to the chapter where he would have to write about the death of his friend.

"I had spent a couple of months bringing her back to life, writing about her and trying to get her spirit and everything about her across ... it just dawned on me that I had to kill her," he said.

"I just wasn't ready to let her go for a second time - which is what it felt like."

Mr Conroy, who made a conscious decision to not be involved in the edit of the documentary, which has been directed by Chris Martin, said it is incredibly accurate.

It features interviews with those involved, including Mr Conroy, as well as unseen footage and audio of the attack which he said was smuggled out of Syria.

Leaving him on the edge of his seat the first time he watched it, Mr Conroy said the build-up to the attack was captured perfectly, as was the spirit of how he and Ms Colvin worked together.

"One of my fears was if people came and just saw two people racing into this place, that they would have just asked 'Why are they doing that? It is just stupid - irresponsible and reckless'," he said.

"But he tells it in such a way that it draws people in.

"The last half hour, for me, my palms were sweating - and I knew the ending."

With two decades of reporting from war zones under his belt, and a former gunner in the Royal Artillery, Mr Conroy, who now lives in Devon, said on the morning of the attack he thought the initial shelling aimed in their direction was just their turn for the "morning barrage".

That was until he recognised the artillery process called bracketing, causing him to know that within minutes "something bad was going to happen".

Losing large amounts of blood due to the huge hole left in his leg, and with the regime keen to end his life, it became a battle for survival for Mr Conroy as he fought to escape Syria.

Doing so through a tunnel, once in Lebanon he had to fly straight to London, which is where he found there was also a large piece of shrapnel in his side - millimetres from his kidney.

Waking up in hospital after surgery he said he was confused as to why doctors had "cut him in half", and demanded they show him the X-rays to prove the metal was lodged in his body.

"That was a revelation to me, I just could not believe it," he said laughing.

As he escaped Baba Amr, Mr Conroy said he promised those trapped in the besieged city, and those who helped him, that he would "go out and tell their story".

Describing how his friend was "quite rightly, proud of what she did", he said Ms Colvin always wanted to bear witness, and to give people a voice.

With his 2013 book and the documentary telling the story of what happened to her, and the atrocities they went to report on, he added: "I hope she would be proud of what I have tried to do, that is really important to me."

Under The Wire will be in cinemas from September 7.