Firth of Clyde dolphin found to communicate with porpoises 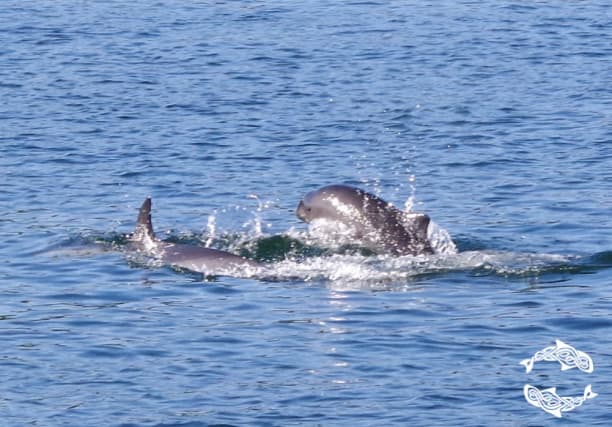 A dolphin living alone in the Firth of Clyde has learned to communicate with local harbour porpoises, an expert believes.

The short-beaked common dolphin, nicknamed Kylie by locals, has made his home around a navigational buoy between Fairlie and the Isle of Cumbrae, after he is thought to have got lost from his group.

The area is not commonly visited by dolphins and Kylie has mostly been exposed to sounds produced by other species, particularly the harbour porpoise.

University of Strathclyde PhD research student Mel Cosentino has been studying underwater audio recordings and found the dolphin has learned to increase the frequency of the clicking sounds made to navigate and hunt to match the porpoises.

Common dolphins have peak frequencies below 100 kilohertz (KHz) while for harbour porpoises it is around 130KHz.

Ms Cosentino said: "Several cetacean species, such as bottlenose dolphins, belugas and killer whales, have the ability to change their acoustic repertoire as a result of interactions with other species.

"This vocal learning ability has mainly been observed in captive individuals and few cases have been reported for wild cetaceans."

Ms Cosentino aims to gather and analyse more recordings of the dolphin to verify her findings.

She said: "If further analysis shows this to be the case, it would be the first time a common dolphin, either in captivity or the wild, has demonstrated an ability for production learning, where it has learned to imitate another species."