British consumers are facing a hike in food prices of at least 5% as a result of extreme weather this year, economists warn.

Extended spells of frigid and baking weather seen during the winter and summer will likely increase household food bills by an estimated £7.15 a month, the Centre for Economics and Business Research (Cebr) says. 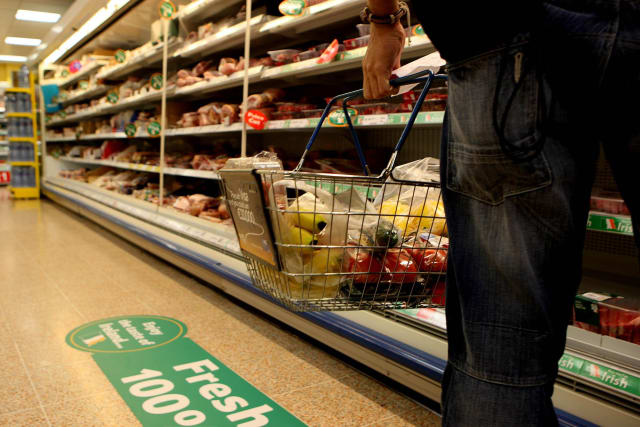 The cold snap brought on by the Beast from the East has already been blamed for a slump in the economy at the start of the year, while some industries were adversely affected by heatwave conditions over the summer.

The Cebr said domestic food production has been hit by weather extremes that have put "particular stress on farming costs and yields".

Between March and July, the wholesale "farm gate" prices of some staples rocketed by up to 80%.

The farm gate price of carrots rose by 80%, according to European Commission figures used by the economists.

The Cebr said: "Summer 2018 has been one of the warmest in living memory, with above average temperatures recorded since April and dry spells lasting more than 50 days in parts of the country.

"While this has made Britain's weather more conducive to barbecuing, it looks set to raise the price of the food on the grill and the drink in hand."

The group says that wheat is a particular concern due to the nation's appetite for derived products.

Much of the UK's grain is imported from Europe, where record-breaking weather has also hit production, with the harvest expected to be 5% down in 2018.

The impact of the extreme weather is not limited to arable produce, with domestic dairy yields also hit.

Poor grass growth saw production fall for 11 weeks in a row and the farm gate price of butter rise by just under a quarter since March.

The heat has also seen pig fertility fall, pushing up the price of piglets by 8%.

The Cebr said: "The price of red meat is set to fall marginally in the short run. This is as farmers look to sell livestock earlier than normal to reduce the burden on grazing land.

"Still, in the longer run, prices are set to rise as feed availability is affected by a weak harvest."

The group also said that inclement weather in France has hit winemakers in Bordeaux, Champagne and Cognac.

In total, the Cebr expects the extreme weather will increase costs to UK consumers by £45 million per week, although the full effects could take up to 18 months to filter through to customers.

Freezing weather at the start of the year was blamed for a slump in growth across the UK economy, with gross domestic product (GDP) falling to 0.2% in the first quarter.

The Bank of England's figures for the second quarter showed the economy had rebounded, however the hot weather was blamed in part for a slip in the country's services sector in July.