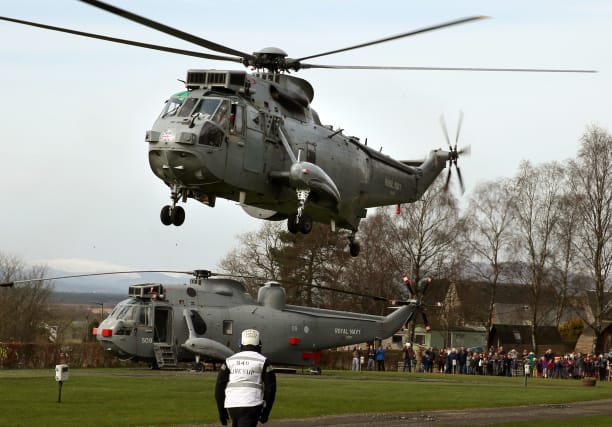 An alert has been issued to military personnel who worked on Sea King helicopters warning they might have been exposed to asbestos, it has been reported.

Items or parts suspected of containing the carcinogenic substance are being urgently removed by the Ministry of Defence (MoD).

Thousands of Royal Navy and RAF engineers who maintained the aircraft over the years, and who may have been exposed, are being contacted by the MoD, the Mail on Sunday reports.

Foreign governments and private sector owners of the ex-British military helicopters are also being contacted along with details of the risk, and the actions they should take.

The Sea King entered into service in 1969, and over the years has been flown by Prince Andrew in the Falklands, and in a search and rescue capacity by Prince William.

An MoD spokesman said: "The safety of our personnel and our partners is always our highest priority. All Sea King items suspected to contain asbestos have been removed from stores."

The Mail on Sunday reports that in 2003 there was a pledge to make the fleet of aircraft free of asbestos within two years - but the work was never completed.

According to the newspaper, it is the engineers of the aircraft and not the pilots who are believed to be at risk.

Frequent contact with asbestos-containing materials or the disturbance of asbestos exposes people to the inhalation of its fibres, which can have fatal health implications.

Asbestos exposure can cause lung diseases such as mesothelioma - a cancer of the lining of internal organs - as well as cancer and asbestosis, among other illnesses.