Police have arrested the main suspect in an unprovoked hammer attack that left a mother and daughter fighting for their lives.

Detectives were hunting for Joe Xuereb, 27, after he allegedly targeted the women at random in Adderley Gardens, Greenwich, south-east London, on Sunday.

Officers were called at 12.10pm on Sunday to find the women, aged 64 and 30, suffering from devastating injuries "consistent with a violent assault", Scotland Yard said. 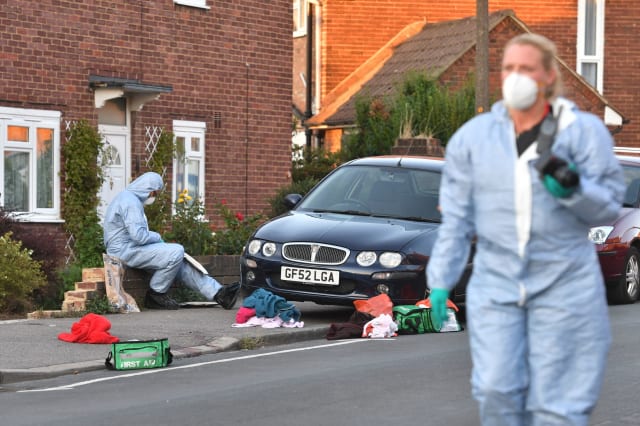 He had been spotted by a woman who then followed him in her car, until the force were able to detain him on Old Farm Avenue, Sidcup, south-east London.

The suspect, from Greenwich, is thought to have mental health issues and was last seen travelling on a black and orange bicycle, according to the force.

Witnesses to the attack's aftermath described a harrowing scene.

Bob Gover, 69, heard a scream outside the window of his flat as a passer-by saw the badly injured victims.

The retired TV engineer told the Press Association: "I heard a bit of a commotion, I looked outside and there was about half a dozen people out there.

"I went out there and I saw blood on the face of one of them and I knew something had happened so I ran inside and phoned for an ambulance.

"One of them was moving at the time and sitting in an upright position with somebody holding her up, while the other one was laying down.

"They were both covered in blood."

The younger woman's partner was at her side attempting to comfort her when the ambulance arrived, he said.

Detective Superintendent Jane Corrigan said: "I would like to pass my thanks to the public and the media for all their support.

"I am extremely proud of my colleagues and the community, who have all done so much to bring this part of the investigation to a safe resolution.

"It shows what can be achieved when we all work together."