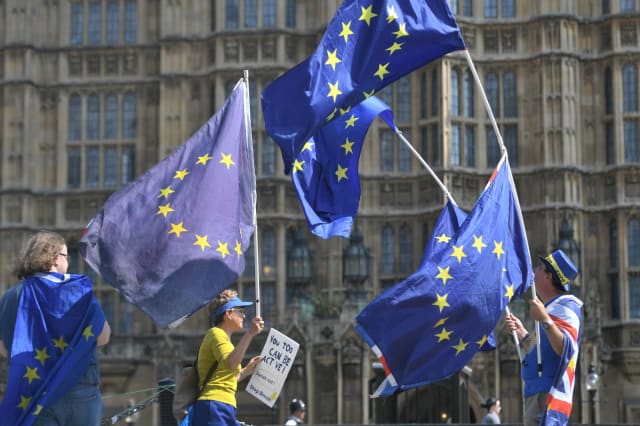 EU migrants living in Britain will be given the right to remain in the country in the event of a "no deal" Brexit, it has been reported.

Leaked Cabinet papers show ministers plan to take the "moral high ground" by unilaterally granting the 3.8 million EU nationals in the UK the right to stay, according to The Daily Telegraph.

However the move was also said to reflect concerns of potential labour shortages in key sectors of the economy once Britain is outside the EU.

The Telegraph said the details would be set out in one of around 80 technical notes due to be published by the Government, starting on Thursday, setting out its preparations for a no deal break across a wide range of sectors.

It will mean EU citizens in the UK would be able to continue accessing the NHS and the benefits system, regardless of whether British nationals in the EU are granted reciprocal rights.

The leaked paper states: "The Home Office plans to make an offer to existing EU residents that they can remain in the UK in a 'no deal' scenario, in effect unilaterally implementing the [immigration element of the] Citizens' Rights agreement agreed with the EU in December 2017.

"The proposal is to make the offer irrespective of whether the EU reciprocates. Any package would need resolution for the reciprocal elements of the December 2017 deal.

"Making an offer is not only important to provide certainty publicly, but will enable the UK Government to take the moral high ground.

"A number of other plans are also dependent on the Government's position on this issue, relying heavily on the availability of existing labour in a 'no deal' scenario."

The paper, which was said to have been given to ministers last month, describes the issue as "one of the most important aspects" of the Government's no deal planning.

The move was welcomed by Jacob Rees-Mogg, the leader of the influential pro-Brexit European Research Group of Tory MPs.

"EU migrants came here legally, and the UK is not the sort of country that applies retrospective legislation. They should have broadly the same rights as British citizens - no better or worse," he told the Telegraph.

However, former Brexit minister David Jones told the paper: "It's got to be reciprocal. We have a large number of Britons in the EU and their interests have got to be reflected. We have got to look after our own people."

A Government spokeswoman said: "We do not comment on leaks."

The disclosure comes as Brexit Secretary Dominic Raab prepares to travel to Brussels on Tuesday for a further round of talks with the EU's chief negotiator Michel Barnier.

Mr Raab said that while he believed a deal was still "by far the most likely outcome" of the negotiations, a responsible Government needed to set out the steps it was taking to mitigate the risks of a no-deal break.