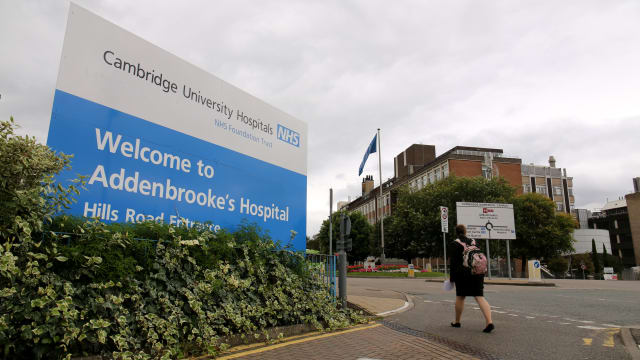 The NHS in England has saved an additional 1,600 patients with severe injuries since a series of major trauma centres were established six years ago.

The 27 designated major trauma centres have been operating since April 2012, playing a vital role in saving the lives of victims of knife, gun and acid attack crimes.

An independent report, which features in the latest issue of EClinicalMedicine published by The Lancet, shows patients also spent fewer days in hospital and had improved quality of life after receiving critical care.

The analysis of more than 110,000 patients admitted to 35 hospitals between 2008 and 2017 shows an increase of nearly a fifth in the odds of survival from severe injury in the five years from 2012.

Researchers calculated there were 595 additional survivors in 2017 - five years after the new system started - so they are ahead of the target for the eventual 450 to 600 additional survivors that NHS England predicted when the reorganisation was announced, as it takes between five and 10 years for a trauma system to "mature" and reach its full potential.

He said: "These findings demonstrate and support the importance of major trauma networks to urgent care with figures showing there were 90 more survivors in 2013 rising to an additional 595 in 2017.

"Over the course of the five years 1,656 people have survived major trauma injuries where before they would probably have died.

"It also shows that with changes to the way patients are treated from the moment doctors and paramedics get to them, with pre-hospital intubation, improved treatment for major bleeding and advances in emergency surgery techniques, there has also been a significant reduction from 31% to 24% in the number of patients needing critical care, and their length of stay on critical care wards reduced from four to three days on average."

Trauma remains the most common cause of death in those under the age of 40 in England, with survivors often suffering long-term disability.

The National Audit Office (NAO) estimates there are 20,000 major trauma cases a year, with 5,400 deaths.

NHS England's medical director for acute care, Professor Keith Willett, who led the changes in 2012 and now leads the wider NHS urgent and emergency care review, said: "We have made major advances in urgent care over the last five years as this study demonstrates.

"As the NHS develops its 10-year plan, the success of major trauma centres will help inform how we deliver better care for patients through the use of specialist clinical networks."

"Patients suffering severe injury need to get to the right specialist centre staffed by experts, not simply the nearest hospital.

"Thanks to the skills of NHS staff, we are confident that we will continue to see further increases in survival rates for this group of patients.

"Major trauma centres deal with the victims of stabbings and acid attacks as well as car and motorbike accidents.

"We have all seen the terrible increase in knife crime in our cities, especially in London, and there is no doubt that the new trauma system has saved many lives as these patients receive blood transfusion and specialist surgery much quicker than before.

"The whole system, from pre-hospital care through to recovery and rehabilitation, has improved."

The NAO recommended setting up a network of trauma centres in a damning report in 2010, in which it described how road accident, stabbing and shooting casualties received "unacceptable" variations in care depending on the hospital they were taken to.

It suggested between 450 and 600 lives a year could be saved by improving the management of trauma cases.