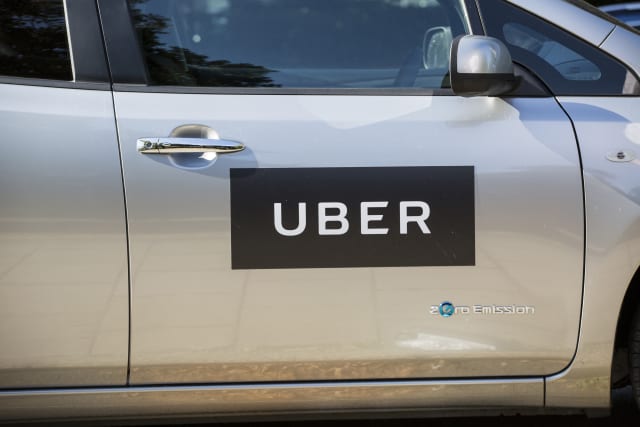 Two Britons managed to escape a sinking Uber car after it drove into the sea off the French Riviera.

Nick Christoforou, 31, and Sophia Toon, 23, were on an early morning trip when the cab went off the end of a jetty in Cannes.

Luckily real estate worker Mr Christoforou, from north London, managed to open a door and, along with the driver, they swam to safety.

Had it not been for his actions they "would all be 100% dead", Mr Christoforou told The Sun.

The ride-hailing app reportedly still charged him for the trip, although the fare has since been refunded.

"I managed to get the car door open and got to the surface to find the others.

The driver was breathalysed and found to be sober, the paper said.

A police spokesman told The Sun the car had sunk slowly, giving them time to escape.

An Uber spokeswoman told the paper: "We contacted both passengers to ensure they were OK and are offering counselling while they await the outcome of their (insurance) claim.

"The driver involved is no longer able to use the Uber app."

Lord Patten calls on PM to act on Hong Kong

Cummings silent as he is questioned by reporters