Government could restrict sale of fuels for domestic fires 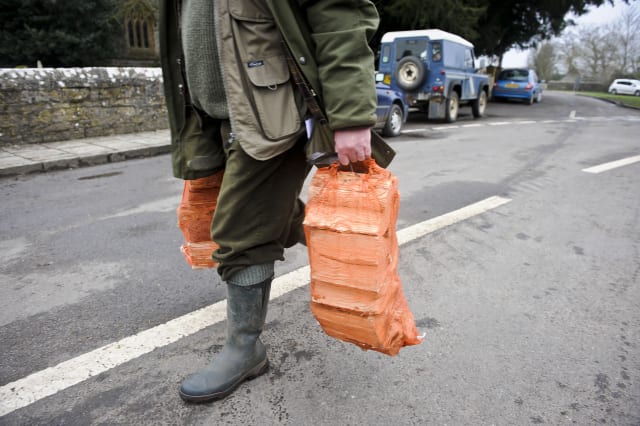 Ministers are considering proposals to restrict the sale of wet wood and phase out the sale of coal in a bid to cut pollution.

The Department for Environment, Food and Rural Affairs (Defra) say that the burning of wood and coal in the home is the largest single contributor to particulate matter pollution -- identified by the World Health Organisation as the most damaging air pollutant.

According to the latest Defra figures, domestic burning contributes 38% of particulate matter pollution, compared to 16% from industrial combustion and only 12% from road transport.

Ministers therefore propose to ensure that, in future, only the cleanest fuels are available for sale.

At the same time, the Government aims to ensure only the cleanest-burning stoves are available for sale by 2022.

Wood-burning stoves have experienced a huge upsurge in popularity over the past decade.

Figures from Stove Industry Alliance, which is the representative body of the industry, show that more than one million UK homes are using wood burning stoves and annual UK sales stand at more than 175,000.

Defra stressed that the aim was not to prevent people from using wood burning stoves, but rather to "encourage people to switch to cleaner fuels".

Environment Minister Therese Coffey said: "Everyone has a role to play in improving the air we breathe, and reducing pollution from burning at home is a key area where we can all take action.

"While we will never be able to eliminate all particulate matter, by switching to cleaner fuels, householders can reduce the amount of harmful pollution to which they unwittingly expose themselves, their families and the environment, while still enjoying the warmth and pleasure of a fire."

The consultation follows a speech by Environment Secretary Michael Gove in May in which he outlined how reform to the rules governing domestic fuel would "cut pollution and save lives".

Speaking at the time he said: "With the world getting wealthier, and technology getting cleaner, it is unacceptable that poor air quality is cutting lives short, damaging children's health and poisoning our natural environment."

Councils are already able to designate smoke control areas where it is illegal to allow smoke emissions from the chimney of your home, and you can only burn authorised fuels or use appliances which have been exempted for use in the area.

But local authorities say people are not very aware of and often do not comply with the rules, and smoke control areas can be hard to enforce.

So part of the strategy, ministers say, is to raise awareness of the link between air pollution and domestic wood burning and help people make better choices.

The consultation, which runs until October 12, follows an earlier intervention by London Mayor Sadiq Khan who last year called on the Government to grant him extra powers to improve air quality in the capital.

Mr Khan wants to introduce a network of "zero-emission zones" where the burning of wood or coal is completely prohibited. He also called for tougher controls on the sale of wood-burning stoves.

Under the mayor's proposals only low-emission versions of wood-burning stoves would be allowed to remain on the market.