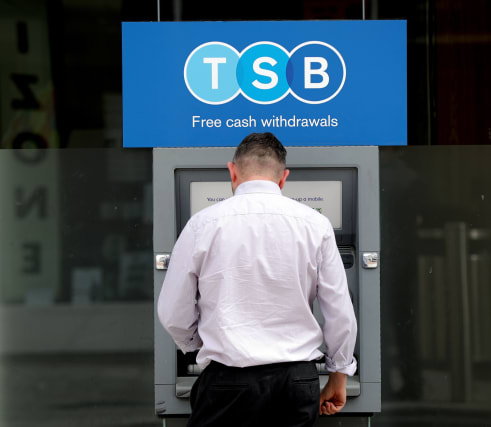 TSB is to double the size of its customer complaints team to 500 as the challenger bank ramps up efforts to address grievances after its IT meltdown earlier this year.

The Press Association understands that the troubled lender is recruiting hundreds of extra staff as it looks to address the 135,403 complaints which had been logged as of July 25.

The lender said last month that it had dedicated a team of more than 260 people in order to look at every customer complaint on an individual basis, and would bulk up resources over the following weeks.

That compares with the 54-person complaints team it had in place before a botched customer migration led to an IT meltdown.

The majority of that team consists of new hires as well as temporary staff from Deloitte, which was initially called in to advise on its compensation strategy.

Deloitte is providing additional bodies, while helping to recruit and train new workers who are based in a number of locations including Birmingham, Sunderland, London and Swansea.

Now customer complaints staff could reach 500 by the end of 2018, as TSB looks to address thousands of grievances.

Around 37% of complaints have already been resolved.

A spokeswoman for TSB said: "We have a dedicated team looking at every customer complaint individually.

"The team continues to grow and our partners are doing everything they can to respond to the complaints we've received as quickly as possible.

"We've made a firm commitment that no customer will be left out of pocket."

The challenger bank has so far put aside £30.7 million to cover advisory costs and additional resources, including staff overtime and new recruits - a number which is expected to grow by year-end.

The bank said last month that it expects operating costs in the second half of the year to "remain elevated" but that the "the monthly run rate of these costs is expected to decrease as the year progresses".

Up to 1.9 million people using TSB's digital and mobile banking found themselves locked out of their bank accounts following the migration of data on customers from former owner Lloyds' IT system to a new one managed by current owner Sabadell in April.

TSB's failures have drawn strong criticism from politicians, including those on the Treasury Select Committee who have been scathing in their condemnation and called for TSB's chief executive, Paul Pester, to be sacked.

TSB's board and Sabadell have fully backed Mr Pester to continue in the role.

TSB revealed last month that it had taken a £176.4 million hit due to the migration failures, £115.8 million of which was set aside for the likes of customer compensation and fraud costs.

Around £29.9 million of that total accounted for lost income as it waived a raft of fees and charges following the service disruption, while £30.7 million was linked to advisory costs and fixing operating defects in the system.

It meant the challenger bank swung into the red over the first half, logging a bottom-line pre-tax loss of £107.4 million for the six months to June 30, compared with a profit of £108.3 million during the same period last year.

The lender did receive £318 million from Lloyds after extricating itself from its former owner's platform, but that income was completely offset by the costs linked to the migration.

TSB has now commissioned an independent review of the IT meltdown, with Slaughter and May now conducting the investigation.