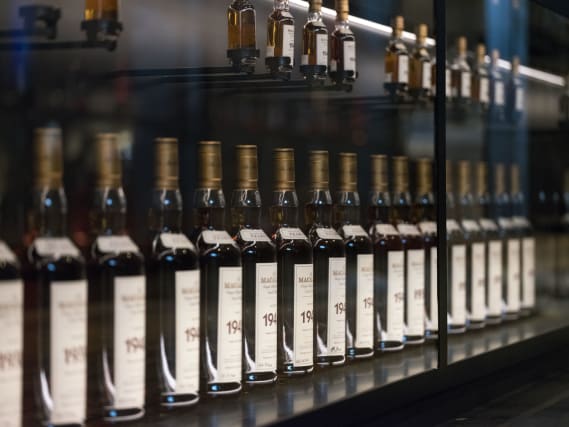 Police were forced to close a road after an influx of whisky collectors headed to a distillery desperate to get their hands on a limited edition bottle.

AA traffic reports for the area around the Macallan Distillery in Craigellachie, Moray, said around 300 cars were in the area on Tuesday morning.

Fans travelled from around the UK and were said to have camped overnight in some cases to try and snap up a bottle of the limited edition Macallan Genesis, on sale at 10am.

Police closed a section of the B9102 as cars were parked on verges and began to block the road.

Motorists tweeted their anger at the organisational problems, posting photos of the make-shift car park.

The road re-opened shortly before 10am but whisky fans continued to voice their anger online.

Bar owners in Drumnadrochit near Loch Ness who successfully secured a bottle joked about the bizarre situation, saying it had riot shields at the ready.