Threat to 1,500 jobs as Homebase closes another 42 stores 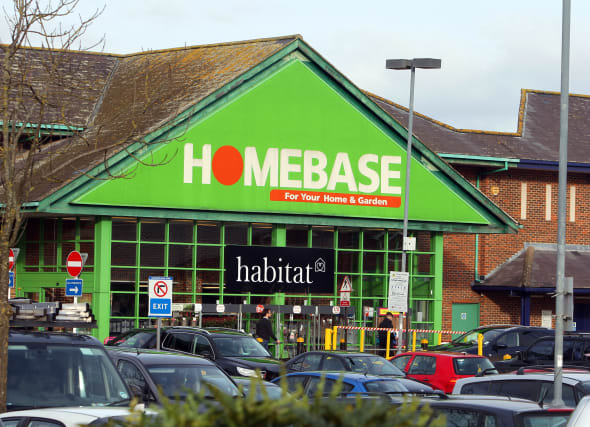 Homebase is pressing ahead with a wave of store closures that will see 42 DIY outlets shut, putting around 1,500 jobs at risk.

The retailer is closing the stores via a Company Voluntary Arrangement (CVA), a controversial insolvency procedure used by struggling firms to shut under-performing shops.

Homebase boss Damian McGloughlin said: "Launching a CVA has been a difficult decision and one that we have not taken lightly.

"Homebase has been one of the most recognisable retail brands for almost 40 years, but the reality is we need to continue to take decisive action to address the under-performance of the business and deal with the burden of our cost base, as well as to protect thousands of jobs.

"The CVA is therefore an essential measure for the business to take and will enable us to refocus our operations and rebuild our offer for the years ahead."

The firm said it would try to redeploy affected staff.

Restructuring experts at Alvarez & Marsal will carry out the CVA, which will require the support of landlords.

A total of 16 Homebase stores have been shut this year and the business has also axed 303 jobs at its head office in Milton Keynes.

Explaining its predicament, Homebase said: "Rental costs associated with stores are unsustainable and many stores are loss-making.

"Homebase's sales performance and profitability declined significantly under the previous ownership over the last two years.

"These factors have had a significant adverse impact on Homebase's trading position."

Homebase could see some resistance from landlords to the CVA, with the property industry expressing disdain for the procedure, saying it leaves them out-of-pocket.

CVAs have been adopted by a host of retailers including New Look, Carpetright and Mothercare.

The Homebase store closures follow the sale of the business earlier this year by its former Australian owner Wesfarmers to Hilco, a retail turnaround specialist, for £1.

However, the strategy ended in disaster.