Meghan and Harry considering 'aggressive strategy' to deal with her father 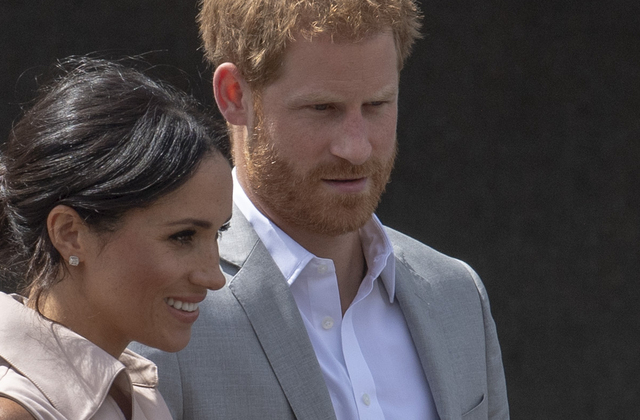 Meghan Markle and Prince Harry are still trying to figure out how to deal with the former Suits star's father, Thomas Markle.

A source tells ET that there are currently no plans in place for the Duke and Duchess of Sussex to see Thomas, who has continued to do paid interviews with various outlets despite his daughter's frustrations.

According to the source, Meghan is understandably upset, and has been relying on Harry and her friends for support.

"She has gone through periods of difficulty with her father in the past, but she does love him," the source says. "That's what's been so difficult about this."

On top of all the controversy with Thomas, Meghan's outspoken half-sister, Samantha Grant, is reportedly set to join the upcoming season of Celebrity Big Brother, where she'll likely air out even more drama, the source adds.

"The Palace, who normally takes a firm policy of not commenting on personal matters, is now considering a more aggressive strategy to deal with the situation with both her father and her sister," the source claims. "No one wants to see this continue."

However, Kensington Palace is "less concerned" about Samantha than Thomas, the source notes, "because she has never had a real relationship with Meghan."

An additional source told ET last week that Meghan remains upset that her father continues giving interviews to the press.

"She has not spoken to her father in more than 10 weeks since her wedding and is still hurt by her father, who has both staged the photos and continues to give paid interviews," the source shared.

"The Palace is at a loss of what to do and is re-evaluating options, including a more aggressive strategy to stem the embarrassment caused by Meghan's dad, half-sister and half-brother."

- This article first appeared on ET