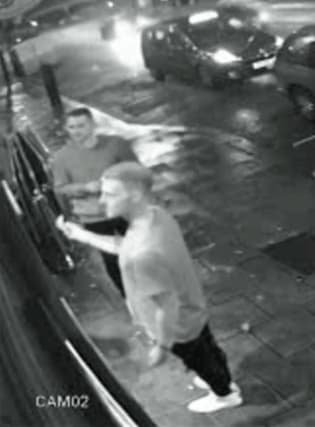 England cricketer Alex Hales may have been responsible for injuries caused to a man who was later knocked unconscious by team-mate Ben Stokes, the all-rounder's defence barrister has claimed.

Stokes, 27, has insisted he was acting in self-defence when he punched Ryan Ali, 28, and Ryan Hale, 27, near a nightclub in the Clifton Triangle area of Bristol in the early hours of September 25 last year.

He has claimed Ali and Mr Hale were being homophobic towards two gay men, Kai Barry and William O'Connor, after leaving the Mbargo nightclub.

The jurors, who are due to retire to consider their verdicts on Tuesday, have been told the precise start to the violence is unknown but Ali swung a beer bottle at Stokes's team-mate Alex Hales.

Ali delivered a glancing blow to the shoulder of Mr Barry. Stokes then allegedly knocked Ali to the floor.

Bristol Crown Court has heard Mr Hales kicked Ali in the head and stamped on him as he lay on the ground, with Stokes then knocking out Mr Hale.

The all-rounder is accused of punching Ali unconscious a short time later, after an off-duty police community support officer attempted to stop the fighting.

Ali suffered a fracture to the medial orbital wall on the left hand side of his face, with swelling on his left eye, a laceration to his eyebrow, a cracked lower left molar and a bruise behind his left ear.

Jurors have been told Mr Hales was interviewed under caution but was not arrested or charged in connection with the incident.

Gordon Cole QC, representing Stokes, questioned whether his client had caused all of the injuries sustained by Ali given Mr Hales's alleged involvement.

He asked the jury to carefully consider footage taken by student Max Wilson, who began filming from his bedroom window after hearing shouting from the street below.

"This is not part of me seeking to blame someone else," Mr Cole told the jury in his closing speech for Stokes's defence.

"You saw the footage. You will see Mr Hales on one occasion appearing to kick.

"So, when the prosecution seeks to hang all the blame at Ben Stokes's door by saying he rendered people unconscious, just look at what happened.

"Think about kicks and stamps. There's no evidence before you - and I'm not suggesting for one minute that you should guess - but you can infer from what you know of injuries that were sustained.

"Does it follow that all of these injuries are properly attributed to Ben Stokes? We say no. We say that the evidence is ambiguous. We say how do you resolve that?"

Mr Cole pointed out that prosecutors charged Stokes, Mr Hale and Ali with affray and not assault.

Last week, the jury acquitted Mr Hale of the charge after Judge Peter Blair QC, the Recorder of Bristol, ruled there was insufficient evidence against him.

"It is not part of my job to prosecute Mr Hale, or Alex Hales. That is common sense. But it's where we are now," Mr Cole said.

The jury of six men and six women have been told Stokes and Mr Hales went to the Mbargo nightclub in Bristol, where they had been drinking earlier in the evening, in the early hours of September 25.

Stokes is alleged to have been aggressive towards doorman Andrew Cunningham, who refused the two cricketers entry as it was after 2am, by calling him a "c***" and insulting his gold teeth and tattoos.

He is said to have thrown a cigarette at Mr Barry and Mr O'Connor outside the nightclub, as well as mocking them in a homophobic manner. They walked off with Mr Hale and Ali.

Giving evidence, Stokes insisted he intervened after hearing Mr Hale and Ali launch homophobic abuse towards Mr Barry and Mr O'Connor on a street near the nightclub.

Anna Midgley, representing Ali, told the jury her client felt "regret" after watching the footage of himself brandishing a bottle after Stokes and Mr Hales came over.

"But regret for how he behaved is a different question as to whether he has committed a criminal offence," she said.

Referring to Mr Hale, who picked up a metal bar, and Mr Hales, Miss Midgley said: "There's no special law that says bottles are not allowed but iron bars and kicking with your feet is."

She pointed out that Ali had been drinking from his beer bottle and had not "armed" himself with it but used it as a weapon when he felt under threat.

Judge Blair told the jury they must strive to reach unanimous verdicts when they retire and said they must consider the defendants' good character.

"You know that Mr Stokes is a man of national reputation and you heard that Ryan Ali is a man who works for the emergency services," he said.

Stokes, of Stockton Road, Castle Eden, Durham, and Ali, of Forest Road, Bristol, each deny a charge of affray.