NI sales to GB worth almost four times that to Republic 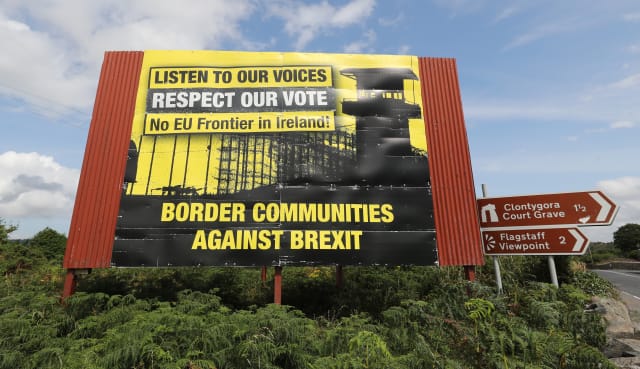 Sales from Northern Ireland to Great Britain were worth nearly four times the value of exports to the Republic of Ireland in 2016, new data revealed.

Goods going to Great Britain were worth one-and-a-half times the value of all Northern Ireland exports.

The future of the Irish border is one of the most vexed issues facing Brexit negotiations in Brussels.

The report said: "The sale of finished products to Great Britain relies upon cross-border trade in raw materials and components through integrated supply chains, meaning trade with both Great Britain and the Republic of Ireland are vital to Northern Ireland's economy."

It said further research was needed to investigate supply-chain links between Northern Ireland and Great Britain.

EU chief negotiator Michel Barnier has signalled a willingness to be flexible in Brexit negotiations around the Northern Ireland border.

Fears of a return to violence have been raised if the Good Friday Agreement is damaged by the imposition of a hard border on the island of Ireland after Brexit.

The EU's suggested solution to the problem - a common regulatory area for goods and customs with the rest of the EU - has so far been rejected by the UK as "annexing" Northern Ireland.