What the papers say - August 12 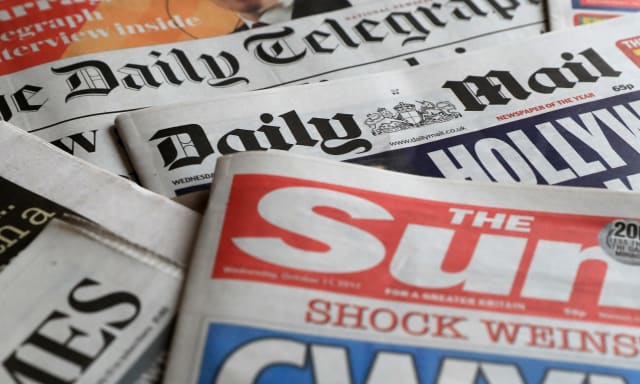 Boris Johnson continues to dominate the headlines on Sunday - with many papers featuring photos of the politician returning from holiday amid the ongoing burka row.

The Sunday Express carries a poll which found the majority of Britons believed Mr Johnson should not be punished for his comments, after he said women wearing the Muslim face-coverings looked like letter boxes or bank robbers.

The former foreign secretary has sparked a "cabinet war", says The Sunday Times, as US president Donald Trump's former strategist Steve Bannon said Mr Johnson should not "bow at the altar of political correctness" by apologising.

The Observer uses a snap of the MP arriving at Gatwick Airport from his Italy trip and warns he is "flying back into a storm".

The paper leads on a so-called "Brexit shift", reporting that more than 100 constituencies that voted to leave the EU have now switched their support to Remain.

Tory donors have called the decision to investigate Mr Johnson for his burka comments "discourteous", the Sunday Telegraph reports.

It leads on a warning from the US ambassador to London that Britain should side with Donald Trump rather than Brussels over Iran.

The Star on Sunday claims Sir Bruce Forsyth's ashes are to be buried at the London Palladium.

And the Sunday Mirror carries the story of a 10-year-old who weighs 17 stone but says he cannot get vital NHS treatment.