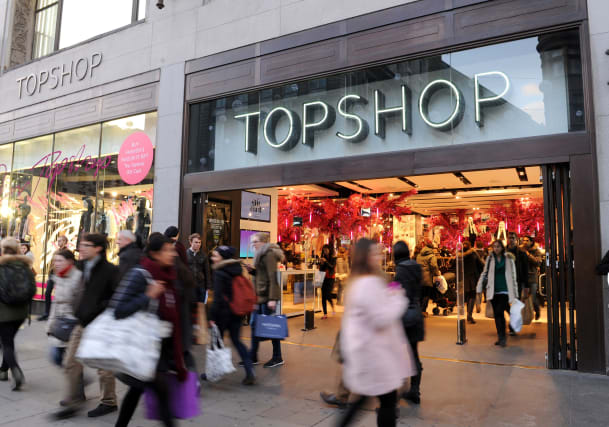 Sir Philip Green's Topshop has terminated an agreement with its franchise partner in China, frustrating the tycoon's plans to break into the Asian powerhouse.

Arcadia, the parent company of Topman and Topshop, got into bed with Shangpin in 2014 in a deal that made clothing available on its Chinese website.

But a spokesman for the billionaire said on Thursday: "British fashion brands, Topshop Topman, and Chinese franchise partner, Shangpin, have reached a mutual agreement to an early termination.

"Topshop Topman and Shangpin have enjoyed a successful working relationship since September 2014.

"Customers can still shop Topshop and Topman products via Shangpin and Tmall.com until 30 November 2018, and will continue to be serviced via Topshop.com and Topman.com"

In 2016, Sir Philip said he was pushing the button on expanding Topshop in China, signing a deal with Shangpin to roll out stores across the country.

His firm said that Topshop and Topman still consider China a "hugely significant market for development", adding that the company is currently exploring opportunities to further grow the brands.

Like other high street retailers, Sir Philip's stable of brands have had a difficult time of late.

Profits at Taveta Investments, the holding company behind the likes of Topshop and Miss Selfridge, fell by 42% from £215.2 million to £124.1 million last year.

Sir Philip has been attempting to keep a lower profile since the furore over the collapse of BHS in 2016, a company he owned for 15 years.

The department store chain plunged into administration that year, impacting 11,000 jobs and around 19,000 pension-holders, leaving a £571 million pension deficit.

After a drawn-out saga that included a parliamentary inquiry and public outcry over Sir Philip's conduct, the tycoon agreed to pay £363 million to settle the BHS pension scheme.