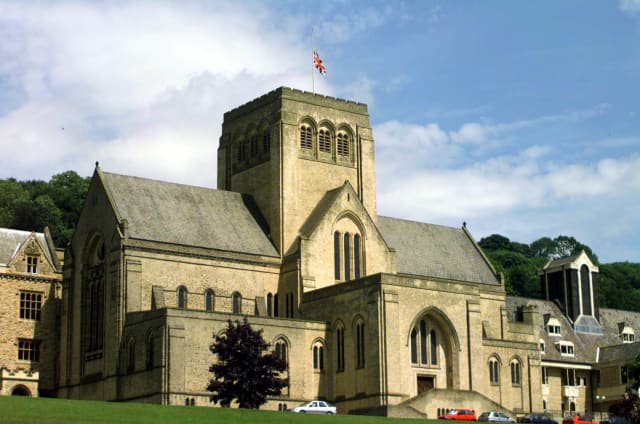 Sexual abuse at two leading Catholic schools over four decades was likely to be "considerably" more widespread than conviction figures reflect, a report has found.

Monks at Ampleforth in North Yorkshire and Downside in Somerset hid allegations of "appalling sexual abuse" against pupils as young as seven to protect the church's reputation.

The Independent Inquiry into Child Sexual Abuse (IICSA) made the claims in a withering report on the English Benedictine Congregation, which has 10 monasteries in England and Wales.

Ampleforth and Downside are two schools linked to the monasteries, run at times by "secretive, evasive and suspicious" church officials who avoided reporting misconduct to police and social services.

Allegations stretching back to the 1960s encompassed "a wide spectrum of physical abuse, much of which had sadistic and sexual overtones", according to the report.

Ten individuals linked to the schools, mainly monks, have been cautioned or convicted over sexual activity or pornography offences involving a "large number of children".

"The true scale of the abuse however is likely to be considerably higher," the investigation, led by Professor Alexis Jay, found.

The report followed several weeks of evidence hearings at the inquiry last year, which included personal accounts from victims.

Victims were as young as 11 at Downside and seven at Ampleforth.

One alleged offender at Ampleforth abused at least 11 children aged between eight and 12 over a "sustained period of time", but died before police could investigate.

"Many perpetrators did not hide their sexual interests from the children," the report found, allowing abusers at Ampleforth to prey on entire groups of pupils both outdoors and indoors.

"The blatant openness of these activities demonstrates there was a culture of acceptance of abusive behaviour," the report said.

This was a culture fostered by the abbot leading the schools, it was claimed.

In 2001, the Nolan Report recommended all sexual abuse allegations within the church must be referred to police, a position which many felt was "neither obligatory nor desirable".

The report said: "For much of the time under consideration by the inquiry, the overriding concern in both Ampleforth and Downside was to avoid contact with the local authority or the police at all costs, regardless of the seriousness of the alleged abuse or actual knowledge of its occurrence.

"Rather than refer a suspected perpetrator to the police, in several instances the abbots in both places would confine the individual to the abbey or transfer him and the known risk to a parish or other locations."

But details of the monk's predatory past was not always passed on to monks at the abbey to which he was moved.

"Some children were abused as a consequence," the inquiry said.

Downside paved the way for the return of offenders such as Nicholas White, who became his first victim's housemaster despite staff knowledge of the abuse allegations.

Child protection issues were not limited to the distant past, the report found.

In 2016 and 2017, former abbot of Downside Aidan Bellenger sent two letters to Dom Leo Maidlow Davis, highlighting how four suspected paedophiles remained at Downside, but this information was not passed on to the local authority safeguarding lead.

Dom Leo eventually apologised, but the report said: "The whole incident, having occurred so recently, gives no cause for confidence that the attitudes at Downside had changed enough to put children first over threat to reputation and embarrassment to senior members of the monastic order,"

The congregation's most senior clergymen including past presidents Dom Richard Yeo and Dom Charles Fitzgerald-Lombard refused to fully accept that criminal activity was tolerated when questioned at the inquiry.

Accountability within the congregation was exacerbated by "no recognisable line management oversight" with the monastic order appearing "collaborative rather than hierarchical".

The inquiry suggested that a "strict separation" between the abbeys and schools was needed to ensure school safeguarding was free from the "often-conflicting priorities of the abbeys".

Ampleforth took seven years to do this, but Downside still has not.

Neither school has established a redress scheme for victims and "no public apology has been made" outside of the context of the inquiry, the report said.

"Instead, monks in both institutions were very often secretive, evasive and suspicious of anyone outside the English Benedictine Congregation.

"Safeguarding children was less important than the reputation of the Church and the wellbeing of the abusive monks.

"Even after new procedures were introduced in 2001, when monks gave the appearance of co-operation and trust, their approach could be summarised as a 'tell them nothing' attitude."

The Catholic church is one of 13 strands of public life being investigated for child protection failings by the IICSA.