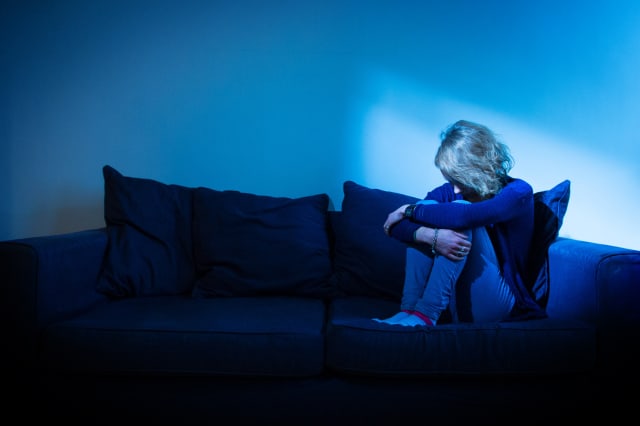 A second branch of the charity Rape Crisis Scotland has been forced to close its waiting list for counselling and support.

Managers at the Forth Valley Rape Crisis Centre (FVRCC) said they deeply regret the move, but they have no choice as they are "still trying to reach a funding agreement with Falkirk Council".

Both staff and volunteers there are having to deal with an "overwhelming and increasing demand" for help, with the charity saying this is leaving them "exposed to high levels of stress and pressure".

The management team and board of directors at FVRCC announced the decision as the Scottish Government said it would step in and provide extra funding to allow the Glasgow Rape Crisis Centre to reopen its waiting list for individual counselling.

Equalities Minister Christina McKelvie said the Government will give the Glasgow centre an extra £35,000 after it reportedly lost its funding from BBC Children in Need.

The Scottish Government has already provided Rape Crisis Glasgow with £217,885 of support.

Ms McKelvie said she hopes the emergency cash will "allow Glasgow and Clyde Rape Crisis to reopen its waiting list and continue to deliver the same level of service".

She added: "We will continue to engage with Rape Crisis Scotland to assess this situation and to take a long-term approach so that local rape crisis centres can continue to provide vital services not just in Glasgow, but across the country."

The decision by the FVRCC to close its waiting list was announced on social media and its statement said: "The management team and board of directors of Forth Valley Rape Crisis Centre deeply regret to announce that we have no choice other than to decide to close our waiting list to survivors from the Falkirk area.

"This is because we are still trying to reach a funding agreement with Falkirk Council and because of overwhelming and increasing demand on our team and the service they are able to provide.

"This decision will take effect immediately and we will review this decision in three months."

The charity stressed it would continue to work with rape victims it is already supporting, and those who are already on the waiting list for help will still be in line to receive it.

It said: "As is all too common in the third sector in particular, our staff and volunteers are exposed to high levels of stress and pressure, and this has become unsustainable at present. Our team need to be able to work effectively and to maintain a work/life balance - unfortunately that has not been possible recently and we cannot expect them to continue in this way.

"We will continue to work with those Falkirk-based survivors we are already supporting. Anyone from Falkirk who is/was already on our waiting list will remain on our list, will receive regular check-ins from us and an estimate of when they will receive support.

"We are extremely saddened by this outcome and are continuing to discuss our funding position with Falkirk Council."