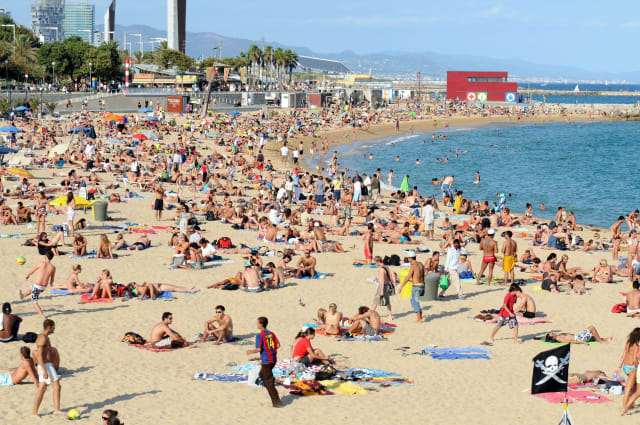 When it comes to learning the local lingo on holiday, for many boozy Britons the most important phrase to know is "Dos cervezas, por favor", a poll suggests.

More than one in four (28%) UK adults say they learnt how to ask for two beers, or other drinks, in the local language during their most recent holiday abroad, according to a British Council survey.

And it also reveals that politeness is alive and well, with "Please" and "Thank you" the most common words learned by holidaymakers (72%).

In addition, more than two-thirds (69%) learnt to say "Hello" and "Goodbye", while 28% learned the phrase "How much does it cost?"

But there are also signs that many Britons are simply learning how to express their lack of foreign language skills, with more than one in four (28%) teaching themselves to say "Do you speak English?" and 16% saying they learnt to say: "I'm sorry, I don't speak the language".

Just over a fifth (21%) said they did not learn any words or phrases.

The poll, which questioned almost 2,000 people, also suggests that the days of riffling through the phrasebook are long gone for many younger Britons, with 60% of 16 to 34-year-olds saying they have used smartphones and apps to help understand the local language, while 39% have used a phrasebook.

In total, 42% of those polled said they had taken a phrasebook abroad with them to help them understand the local language, while more than a third (36%) had used their phone.

And while over half (59%) agreed that translation technology is a useful tool for making the most out of your holiday, just over one in 10 (11%) said they have misunderstood the local language due to an inaccurate translation.

Nearly three in four (73%) agreed that it is important to learn a few phrases in the local language.

Vicky Gough, schools adviser at the British Council, said: "It's fantastic that so many of us are ready to give foreign languages a go to make the most of our holidays, and smartphone technology can be a great first step in getting directions and finding out basic information.

"However, this technology has its limits and can't replicate the linguistic and cultural nuances of human conversation. In fact, as our survey shows, it can potentially lead to a whole new level of confusion, with phrases lost in translation."

She added: "Ultimately, nobody wants to be stuck staring at their phone screen all holiday, so taking the time to learn a few phrases can pay dividends - not just for a couple of weeks in the summer but in the workplace too.

"As the UK repositions itself on the world stage, more of us being able to speak a little of another language will be key to the country's long-term competitiveness."

The Populus survey questioned 1,960 UK adults who said they go on holiday overseas between July 25 and 26.