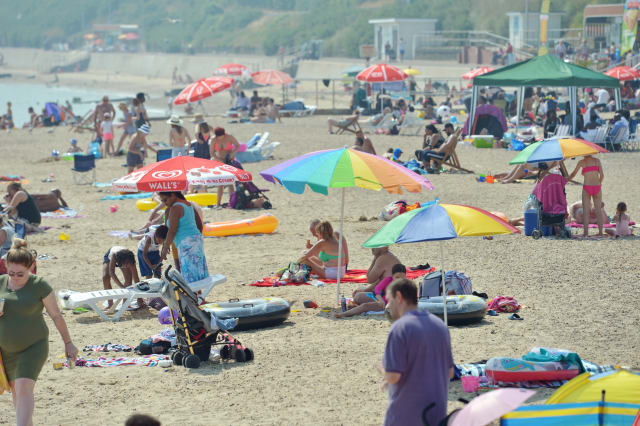 The closely-watched Markit/CIPS services purchasing managers' index (PMI) showed a reading of 53.5 in July, down from 55.1 in June.

It missed economists' expectations for a reading of 54.7 and marked the slowest rise in business activity since April.

The data was framed as a "disappointing start to the third quarter" for the UK services sector, with business activity and new work rising at weaker rates than a month earlier.

While some respondents said the unusually warm summer boosted sales - particularly for those in the tourism industry - others said the hot weather and World Cup tournament were partly to blame for a drop-off in business.

Tim Moore, an associate director at IHS Markit, which compiles the survey, said: "The service sector moved back into the slow lane in July as business activity growth lost momentum for the first time since the start of spring.

"While it's difficult to quantify the precise impact of the recent heat wave on overall business performance, some survey respondents reported that a combination of hot weather and the World Cup had weighed on consumer footfall.

"These short-term disruptions and a general slowdown in new business growth appear to have offset the boost to tourism-related activity from the extended dry period in July."

Brexit has also been blamed for a slowdown in new business growth last month, which was softer than average for the period.

Employment growth was also its weakest in nearly two years, with most firms citing tight labour market conditions while others said it was part of long-term automation plans.

Reports of unfinished work was generally linked to a a lack of suitable staff to replace workers who had left the company.

Input costs remained elevated but eased from the nine-month high logged in June.

Average prices charged by service providers still increased at a solid clip, though intense competition for new work hindered their ability to pass on costs to clients.

Duncan Brock, group director at the Chartered Institute of Procurement & Supply (CIPS) said: "The sector appears to be bumping along a seesaw path with ups and downs, but, with the most disappointing performance since April, no-one can hide the underlying dangers that still remain in the biggest contributor to the UK economy."