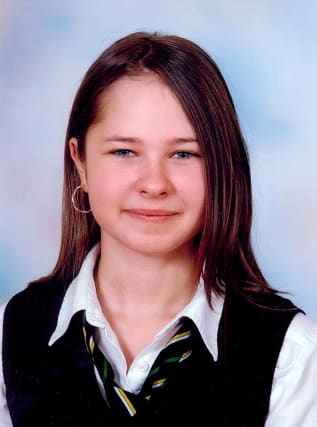 The family of a murdered teenager are to meet with the Justice Secretary to discuss their campaign to strengthen the rights of victims of crime.

Michelle Stewart was 17 when she was stabbed to death in the street in her home village of Drongan, Ayrshire, by ex-boyfriend John Wilson in 2008.

Her family have launched their "Michelle's Law" campaign after learning Wilson could get out of jail before his minimum sentence is up.

They recently received a Scottish Prisons Service letter indicating he has been approved for first grant of temporary release, despite the judge who jailed him in 2009 making clear he should serve 12 years before he could apply for parole.

The family say they have had little input into the release process, and have been unable to restrict his relocation to exclude their local area.

They have set up a petition calling for a halt to Wilson's relocation to Ayr on his release, and it currently has 4,500 signatures.

Their campaign calls for an explicit requirement for the safety and welfare of victims and their families to be taken into account when parole and early release are considered, increased use of powers to impose "exclusion zones" on offenders, and improvements to the Victim Notification Scheme (VNS) so victims and their families are given reasons for an offender's release, and can make representations in person.

The family will discuss their demands with Justice Secretary Humza Yousaf at a meeting in Ayr on Friday.

Michelle's sister Lisa Stewart said: "My sister was taken from us when she was only 17 years old, in a savage, premeditated attack.

"The original sentence was not nearly long enough and now we face, just nine years on, the prospect of seeing my sister's killer on the street, on the bus or in the shops. It is unbelievably painful.

"Other families have also contacted me, telling me of their terror at facing their loved one's attacker and that there's nothing they can do to stop it.

"That isn't right, and that's why we are launching this campaign. We are victims too, and our voices must be heard."

The campaign is supported by the Scottish Conservatives, who also repeated their call for a full review of sentencing, parole and home release policy.

Liam Kerr, the party's justice spokesman, said: "I am so truly sorry that the Stewarts have had to endure this ordeal, but hopefully we can learn from their experiences and reform parole and early release so that victims and their families are given a proper voice throughout this process."

Mr Yousaf said ahead of the meeting: "I welcome the opportunity to meet with Michelle's family and want to thank them for taking the time to speak to me. Michelle's death was a terrible tragedy and I can only imagine how difficult it must be for her family.

"I fully understand the concerns that the family have and want to reassure them that I will keep an open mind on any proposals that come forward.

"I have said before that a priority for me is to ensure the voices of victims are heard in the justice system and today's meeting will provide an opportunity to hear this perspective in relation to the justice process."