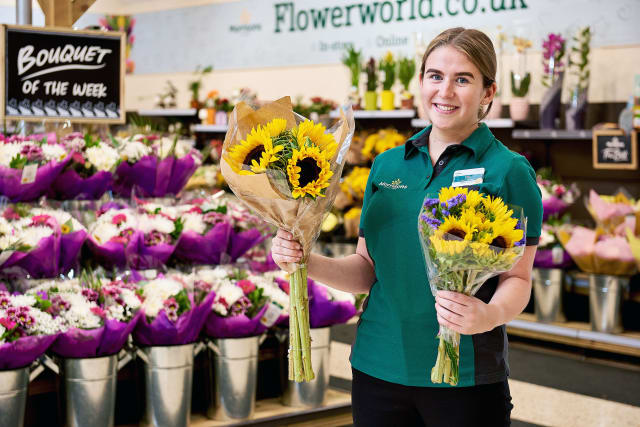 Supermarket Morrisons has extended its range of wonky produce to flowers after the prolonged hot and dry weather stopped some varieties from developing properly.

The retailer said it was selling the wonky flowers to help growers and prevent waste, and followed the success of its wonky fruit and vegetable lines.

The wonky bouquets might have shorter or crooked stems or smaller flower heads and cost £3 compared with the regular £5.

The first wonky bouquet is made up of British sunflowers and statice, also known as sea lavender, which have shorter stems than usual due to the lack of rain over the last few weeks.

Drew Kirk, category director for flowers at Morrisons, said: "It would be a shame to see these beautiful stems go to waste just because they're a few centimetres too short.

"Our wonky range helps growers and farmers reduce waste and at the same time helps customers to afford to buy flowers more often."

Morrisons said it sold 500 tonnes of wonky produce a week last year and is increasing the number of seasonal lines to 33 this year.