Love Island class of 2018: How much money beckons? 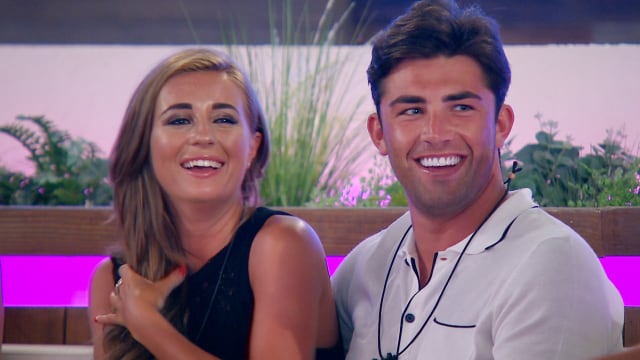 Love Island stars could make big money but the "feeding frenzy" will soon be over, an industry expert has warned.

Around 3.6 million viewers tuned in to watch Dani Dyer and Jack Fincham being crowned the winners of the much-talked-about ITV2 show.

"Make no mistake, Dani and Jack will be able to monetise their fame. And many of the others will, " publicist and strategist Mark Borkowski told the Press Association.

"But many of these reports saying it is better than an Oxbridge education (in terms of earnings) are overstated. There is a huge peak and a massive dip."

The reach of a contestant's profile on social media, particularly on Instagram, will be key to their success.

Whether it is endorsing a "holiday destination, a fitness product, a line of lingerie, you can market that extremely well if you've got a structure around you," Mr Borkowski said.

"Brands will want you... But the real money will aggregate if they do more. This is the beginning of their journey, not the end... Can they maintain that fame?

"It's about more than having a deal with a photo agency and snapping shots in Thailand. You've got to get brands behind you. It takes time."

Some of the contestants will soon "be forgotten about" and so to stay in the public eye they will need "a TV format because we've got a very short span of attention," he said.

TV producers will be looking at reality show formats.

Dani and Jack could do "the Dyers at home. Why not? If Danny Dyer (Dani's father) wanted to do it, turning them into the Osbournes".

But Mr Borkowski said that many celebrities had discovered that "new boyfriends" lead to "new headlines".

So "if they're going to be maintaining that relationship in the public eye, if there's a genuine relationship, they will struggle", he said of Jack and Dani.

"Just because the public love you and they've seen you fall in love," it doesn't necessarily mean that they can follow in the footsteps of names like Scarlett Moffatt and Rylan Clark-Neal with careers in TV presenting, Mr Borkowski said.

"You can't do anything in the public eye unless you are good at it.".

He added: "The reality of coming out of the bubble will be a big crash landing... We forget the causalities of this fame... It's a very, very tough and cruel world and I've seen so much. I wish them well."