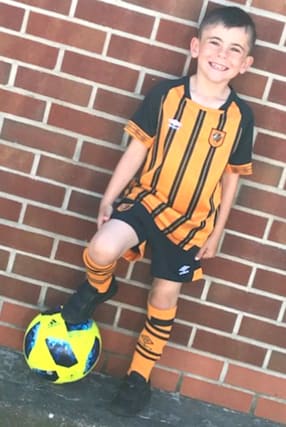 A six-year-old boy who died from what is believed to have been a "pellet gun injury" has been named by police as Stanley Metcalf.

On Friday afternoon police cars could be seen outside the property where the boy was taken ill.

One nearby resident, who did not want to be identified, described the news as "surreal".

He said: "I knew the lad's dad pretty well. He had invited me in for a drink just the other day and was always very friendly.

"They are a very nice, genuine family, so your heart just goes out to them because this is such a tragedy, especially given how young the kid is."

The circumstances of the boy's death continue to be investigated, but early indications point to "a tragic accident involving a pellet gun", the force said.

Detective Chief Inspector Mark Goulding said no arrests have been made and officers were speaking with the boy's family to assist their inquiries.

He added: "Our thoughts are with his family, who are being supported by specialist officers and we request that they are given privacy at this very difficult time."