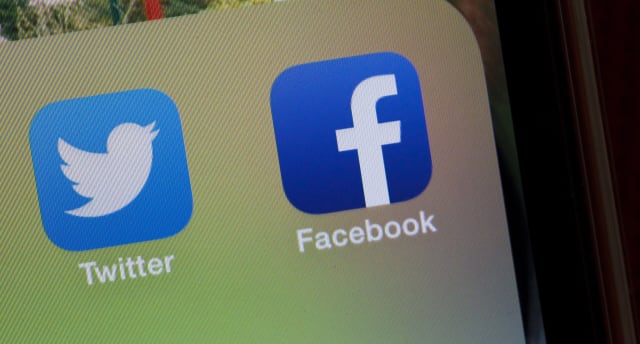 Fake news has plunged democracy into crisis with voters being systematically manipulated by campaigns of hate and disinformation, a Commons committee has warned.

In a blistering attack, MPs rounded on tech giants such as Facebook, Twitter and Google, for acting "irresponsibly" over data collection and called for new laws to make them accountable for the content on their sites.

Users' behaviour is being "modified and changed" at the hands of social media companies and there is currently no sign of the practice ending, the Digital, Culture, Media and Sport Committee warned.

New laws must be introduced to clamp down on the "wild west" social media world, they urged.

The wide-ranging investigation shone a light on everything from Facebook's apparent failures to stop the inciting of hatred against Rohingya Muslims in Burma to the "intractability" of tech companies in recognising Russian meddling in elections.

Committee chairman Damian Collins said: "We are facing nothing less than a crisis in our democracy - based on the systematic manipulation of data to support the relentless targeting of citizens, without their consent, by campaigns of disinformation and messages of hate.

"In this inquiry we have pulled back the curtain on the secretive world of the tech giants, which have acted irresponsibly with the vast quantities of data they collect from their users.

"Despite concerns being raised, companies like Facebook made it easy for developers to scrape user data and to deploy it in other campaigns without their knowledge or consent.

"Throughout our inquiry these companies have tried to frustrate scrutiny and obfuscated in their answers.

"The light of transparency must be allowed to shine on their operations and they must be made responsible, and liable, for the way in which harmful and misleading content is shared on their sites."

Tech firms tried to dodge scrutiny throughout the parliamentary probe and key figures were lambasted for failing to give evidence or being evasive when they did.

The Government is expected to publish a white paper later this year on proposals to reform laws to make the internet and social media safer.

In its report, the committee called for a new category of tech company to be introduced that plugs the gap between platform and publisher the firms fall through.

It would force social media firms to take action over harmful and illegal content.

MPs said the firms have profited from posts that lead to high levels of engagement.

The companies should be subject to audits of their security mechanisms and algorithms to ensure they are operating responsibly, the committee said.

Concerns were also raised about the numbers of fake accounts on Facebook and Twitter, which could mean advertisers face being defrauded if they are paying for services on the basis users are real.

The committee has asked the Competition and Markets Authority to consider conducting an audit on the social media advertising market.

Mr Collins added: "Data crimes are real crimes, with real victims. This is a watershed moment in terms of people realising they themselves are the product, not just the user of a free service. Their rights over their data must be protected.

"The first steps in tackling disinformation and fake news are to identify the scale of the problem and the areas where immediate action is required."

Shadow culture secretary Tom Watson said: "The integrity of our democracy is vital and must be defended.

"Labour called for increased powers for the Electoral Commission during the passage of the Data Protection Bill on digital imprints, the disclosure of funding sources and settings for targeted adverts and increasing the commission's investigatory powers.

"These calls were rejected by the Conservatives.

"The Government needs to wake up to the new challenges we face and finally update our electoral laws for the modern campaigning environment.

"It must ensure that future campaigns and elections cannot be abused or manipulated."

A Government spokeswoman said: "The Government takes disinformation very seriously, as with all types of  online manipulation and internet harms. That is why we have said we will come forward with new online safety laws to make sure the UK is the safest place to be online.

"We note the Committee's report and will consider its final recommendations"