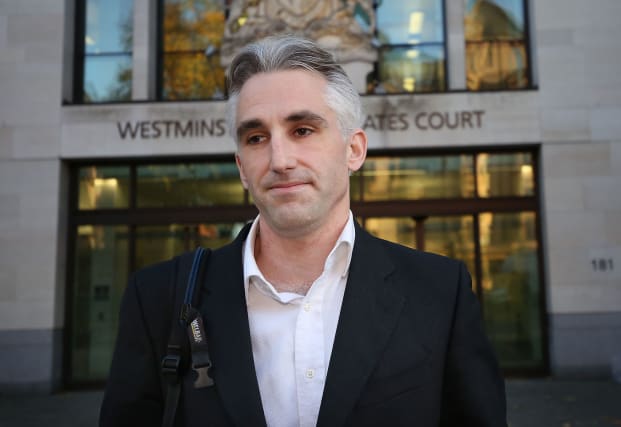 Christine Lampard's stalker has dodged prison despite sending the TV presenter a raft of chilling tweets and turning up at her home in a campaign which left her too scared to leave the house.

In May, Christof King, 39, from Brent, north-west London, admitted stalking The One Show star, but disputed sending the messages online.

King, who wanted career advice from Lampard, was handed a nine-month sentence, suspended for two years, after sending tweets, letters and even turning up at her house on more than one occasion, causing her to hide in a bedroom with the housekeeper.

After a Newton hearing on the matter of the tweets, Judge Robin Johnson ruled on June 5 at Isleworth Crown Court that King did indeed send tweets to Lampard.

Sentencing King, who changed his name by deed poll from Jon Dunningham in April 2016, Judge Johnson said on Friday: "Those in the public eye are used to receiving contact from strangers.

"But they, like anyone else, are entitled to protection from the law when some contact moves from simply irritation to being criminal."

Judge Johnson said the stalking and harassment lasted over a long period of time and that he must have known both Christine and Frank Lampard wanted him stop contacting them.

"You are responsible for sending her very nasty communications which would have upset anyone, and aggravated that offending by visiting her home address," he added.