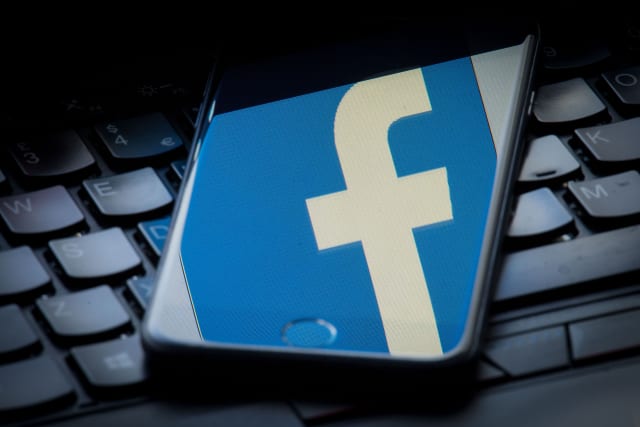 Facebook has released details of scores of online ads targeted at its users by Brexiteers during the EU referendum campaign.

The messages, handed to a House of Commons committee inquiry into fake news, confirm that Vote Leave relied heavily on its controversial claim - described as "misleading" by the official statistician - that the UK hands £350 million a week to the EU which could otherwise be spent on the NHS.

Other ads repeatedly suggested that countries including Turkey and Albania were joining the EU, which many observers regard as a distant prospect.

Facebook handed over the material amid growing controversy over the use of ad-targeting firm Aggregate IQ by the official Leave campaign and youth group BeLeave. Vote Leave was fined £61,000 last week after the Electoral Commission found it had breached campaign spending limits.

Questions have been raised over the use of online ads, which can be targeted at specific individuals believed to be susceptible to the message, while passing under the radar of the rest of the electorate.

Facebook has taken steps to improve transparency around political advertising after coming under scrutiny from politicians in the UK and US.

Data provided by the social media website suggest some of the ads were viewed as many as 5 million times, with many of the most-seen images produced by BeLeave.

BeLeave activist Darren Grimes was fined £20,000 and referred to the police after the Electoral Commission found that a donation of almost £680,000 to his group from Vote Leave was spent on targeted ads in a "common plan" with the larger organisation which helped it avoid going over spending limits.

The BeLeave messages were more closely directed at younger voters, promising a "brighter future" if the UK could stop "EU regulators keeping us in the past" and accusing Brussels of regulating ride-sharing apps and enforcing quotas on data streaming.

The 100 pages of Vote Leave ads handed over by Facebook show a steady repetition of the campaign's "take back control" mantra and regular use of images and videos of chief cheerleader Boris Johnson.

But there are also messages targeted at particular interest groups, such as animal lovers and tea drinkers.

One image of a Spanish bullfighter had the slogan "This is not Okay. Stop animal abuse". Another showed harpooned whales being butchered, with the message: "The shipment of whale meat through our ports must be stopped."

A picture of a polar bear and its cubs warned: "The EU blocks our ability to speak out and protect polar bears. Click to protect them."

Other messages accused the EU of wanting to "ban tea kettles" and "kill our cuppa".

Multiple possible uses were put forward for the £350 million the campaign claimed was being sent to Brussels each week, ranging from flood defences to schools to hospital maternity units.

Images of communities flooded by storms Desmond and Eva in 2015 carried the question: "Whos (sic) priorities should we spend £350m on every week. Theirs or Ours?"

Another ad showed a steelworks with the question: "£350 million a week to the EU or support the UK steel industry? You decide."

A picture of a smiling mother and baby ran alongside the message: "Imagine if we could keep our maternity units open because we weren't sending £350 million a week to the EU."

A series of ads suggested that 5.23 million more EU immigrants were coming to the UK by 2030, with viewers invited to click thumbs up or down.

After then US president Barack Obama warned the UK would be "back of the queue" for a trade deal, ads were run reading: "Mind your own business, Obama."

In a letter to the Commons Digital, Culture, Media and Sport Committee, Facebook head of public publicity Rebecca Stimson said the firm was providing all the ads run by AIQ for Vote Leave, BeLeave and DUP Vote to Leave, as well as the £50 million competition to predict football scores used by Vote Leave as a means of gathering voter information.

A separate group called Veterans for Britain refused permission for its ads to be passed on, said Facebook.

The committee is expected shortly to publish interim findings from its inquiry, which has taken evidence from whistleblower Christopher Wylie and tech company bosses as well as representatives of the separate Leave.EU campaign.