Which is the most overcrowded train in England and Wales? 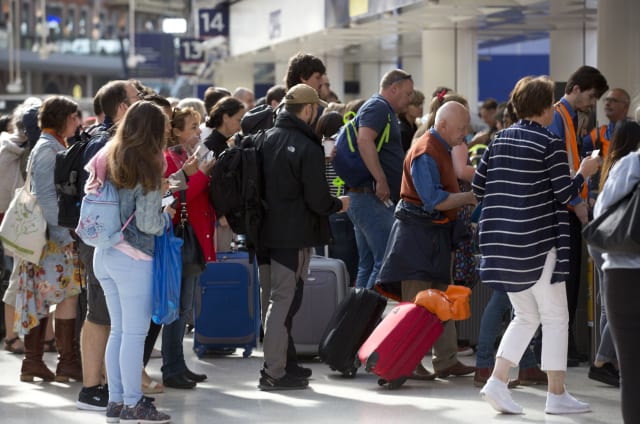 A train arriving at Manchester Oxford Road station was the most overcrowded in England and Wales last autumn, new figures show.

There were twice as many passengers as seats when the TransPennine Express service pulled into the city centre station at 8.24am, Department for Transport (DfT) data shows.

Some 403 people squeezed into four carriages containing just 191 seats on the 4.22am service from Glasgow Central to Manchester Airport.

This is a load factor of 211% - higher than any other service.

The DfT said crowding on the service is "likely to have reduced" since May as it is no longer able to call at Wigan because of new timetables.

Passengers in the North have suffered major disruption on a number of Northern and TransPennine Express routes since train schedules were changed.

A service from Manchester Airport to Edinburgh was the second most overcrowded after calling at Manchester Oxford Road at 4.19pm.

Just 191 seats were provided for the 387 passengers on the train.

The rest of the DfT's top 10 overcrowded list consisted of London commuter trains.

This included services such as:

- 6.57am Brighton to Bedford (Thameslink)