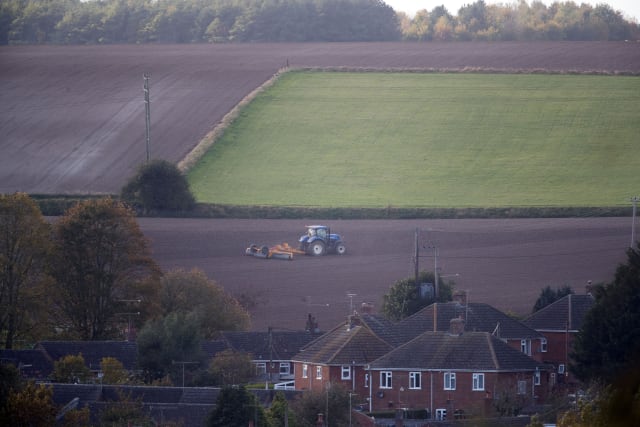 Less than a third of countryside dwellers believe their local police force is doing a good job, a crime survey has found.

Only 27% of people in rural areas are satisfied with policing in their communities, according to this year's National Rural Crime Survey.

A growing number of communities are feeling "frustrated at the way crime, deprivation and vulnerability is hidden by a picture postcard view of the countryside", according to the Living On The Edge report.

The National Rural Crime Network, which commissioned the survey, said crime and the fear of crime was most experienced by young people, families and farmers.

More than two-thirds (69%) of farmers and rural-specific business owners have been a victim of crime over the past 12 months, it found.

Some of the more common concerns were issues such as fly tipping and speeding, where the police have a shared responsibility along with local authorities and other agencies.

But the group said that many offences were going unreported due to a lack of faith that action will be taken.

Some 20,000 people across England and Wales were questioned for the survey.

She said: "Crime is up. Anger is up. Frustration is up. Trust is down. Those rating the police as good is down.

"With 10.3 million people living in rural areas, these are trends we can no longer ignore.

"Every decision affecting national policing moving forwards, from funding to safety and security, has to be set against the findings of this report.

"This report needs to be listened to in the future when decisions on funding are being made. We can no longer continue to see funding being sucked from rural areas to urban."

The report has 10 recommendations which include urging chief constables to change the way rural areas are policed, ensuring reporting of crimes is easier, and doing more to help rural businesses prevent crime.