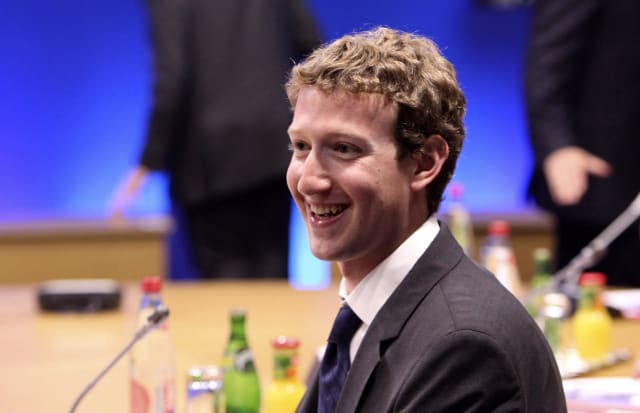 Mark Zuckerberg has said Facebook will not remove content around Holocaust denial and conspiracy theories because those posting may not be "intentionally getting it wrong".

The social network boss, who is Jewish, said that while he found subjects such as Holocaust denial "deeply offensive", Facebook should not remove it because it is difficult to establish the intent of such comments.

In an interview with technology site Recode, Zuckerberg said: "It's hard to impugn intent and to understand the intent.

"I just think, as abhorrent as some of those examples are, I think the reality is also that I get things wrong when I speak publicly.

"I'm sure you do. I'm sure a lot of leaders and public figures we respect do too, and I just don't think that it is the right thing to say, 'We're going to take someone off the platform if they get things wrong, even multiple times'.

"What we will do is we'll say, 'OK, you have your page, and if you're not trying to organise harm against someone, or attacking someone, then you can put up that content on your page, even if people might disagree with it or find it offensive'.

"But that doesn't mean that we have a responsibility to make it widely distributed in News Feed."

Facebook has long held a stance that it wants to be a platform to give people a voice and has previously described itself as a place where people can discuss all kinds of ideas, including "controversial ones".

In response, the Anti-Defamation League said that Facebook had a "moral and ethical obligation" to not allow such content on the site.

The social media boss did later clarify his comments, saying in an email follow-up to Recode: "I personally find Holocaust denial deeply offensive, and I absolutely didn't intend to defend the intent of people who deny that."

It comes as Facebook is facing criticism around allowing sites such as Infowars - which has previously published a range of conspiracy theories - to have a presence on the platform.

The Facebook boss said it would remove content and pages that threatened violence or harm against others, but confirmed that other content linked to hoaxes would instead be moved down the News Feed.

"We're not gonna let people plan violence or attack each other or do bad things," he said.

"Within this, those principles have real trade-offs and real tug on each other. In this case, we feel like our responsibility is to prevent hoaxes from going viral and being widely distributed."